This site is translated into English automatically from original page in Polish
EN PL
by Piotr Markiewicz
on 07.02.2021

Disney Studios has been making acting films based on their own animations for some time. This time it's time for the militant Mulan .

Mulan is a film based on a Chinese legend written during the reign of the Northern Wei Dynasty (386–535) and written by Guo Maoqian in the 11th century. The production of Walt Disney studio tells the story of the title character who, against all bans, goes to war with the Huns. However, since the army would not enlist women into its ranks, it must pretend to be a man. Thanks to his steadfast attitude, courage, perfect training and inner Chi, he becomes one of the best fighters. However, will she manage to save the country and the emperor? 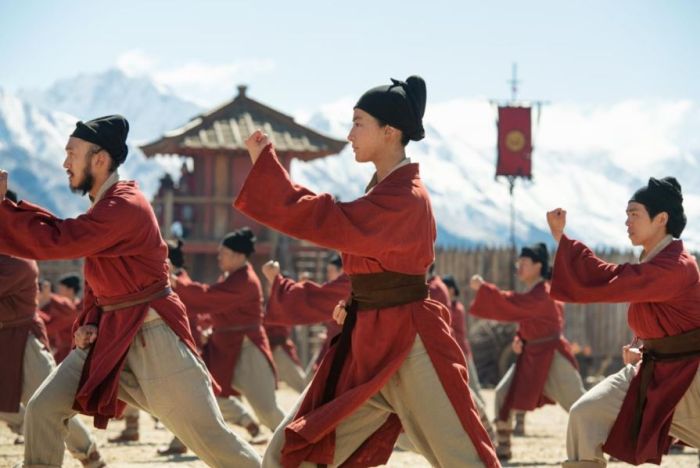 Disney Studios has been transforming animations into live action films for a long time. We could already watch, among others Beauty and the Beast , Aladdin or the Lion King . All the titles were almost copies of their prototypes. Mulandid not follow in their footsteps. The film, released on DVD by the Galapagos, is not imitative. Although we are still watching a brave Chinese woman who in some way opposes the patriarchal society and sets out to fight for her family and homeland, but unlike the animation, we are dealing here with a dramatic and sensational film, not a comedy. Only the scene of matchmakers and the avalanche of the Huns have been transferred from the original. In addition, we will not see figures such as Mushu, ancestors of the family, Yao, Ling or Chien Po. In turn, Świerszcz became a man here belonging to the unit in which Mulan fights. On the other hand, the witch Xian Lang or Chen Honghuia fighting alongside the heroine were introduced. What is most surprising, however, is the fact that we will not hear a single song during the screening. Something like that has not been with Disney for a long time!

While we all love Disney songs and Mushu is one of the greatest dragons in movie history, you can’t really criticize the new version of Mulan. The creators decided to reject trivial threads and make the whole thing more serious. It would be difficult to weave sudden dance routines or creatures throwing jokes into this vision. Of course, we are not dealing with a historical film, and there are many fantastic elements here. But we still have a good action movie with drama elements, not a production for younger audiences. Although the blood has been removed from the scenes, the corpse is still thick here, and the main character has much more serious problems than pleasing the spirits of her ancestors. The writers give us a nice picture of ancient China, where family, motherland and emperor were all the most important. You can also see that the political system put women in the role of mothers who had no right to vote even when it came to choosing a husband. Besides, in this respect also men had to rely on matchmakers, the opinion of their parents and the good of the family. But still the guy ruled the country and the house. Only he could go to the army, hold the highest positions or decide the fate of his children. It is interesting that in antiquity someone appeared who introduced Hua Mulan to this world and showed, even in a legend, that a woman is in no way inferior to a man. Ba! Might be even better. The Disney production shows this truth even more clearly, and it boasts of it.

As for the language, if you decide to buy a DVD released by Galapagos Films, you will be able to change it to Polish or Czech dubbing. It is similar with subtitles – we have three versions plus an English option for deaf people. You can watch it all in Dolby Digital 5.1 and in widescreen format 2: 39: 1. If, on the other hand, you would like to see a few extras related to the title, including unused scenes or music videos, then you need to get the Blu-ray edition. 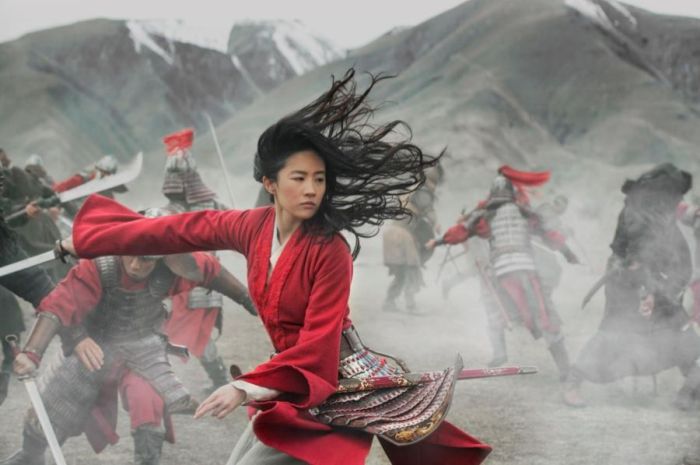 The one you want to watch!

The new version of Mulan looks very good. This time we do not get a replay of the animation, but a moving film about the warrior. You will see numerous fight scenes, dramas, elections and some history lessons. Everything was shot with an idea and a great cast. So don’t cry, there are some characters missing that you fell in love with in the previous version from Disney Studios. Hua Mulan has something equally good to offer you!

Julia Louis-Dreyfus will return to MCU sometime in the future

"What's in the soul" - we know the premiere date of the animation!