This site is translated into English automatically from original page in Polish
EN PL
by Dawid Szulc
on 05.03.2021

A fan of fantasy literature and extraordinary films, and above all an avid gamer. In video games, I value the narrative the most, which - if skillfully conducted - can evoke sincere emotions. Electronic entertainment has become my greatest passion after spending a few minutes with the now outdated C64. However, as a player, I was shaped by the first Sony console. In love without memory with FromSoftware productions.

The second and last addition to Doom Eternal, crowning the story started in 2016. We take up arms again to wreak havoc among the infernal hosts. There were a few novelties, and most importantly - extremely absorbing gameplay.

I assume that the text will mainly be looked at by old Doom folks , so I’m focusing only on news below. However, if you haven’t had contact with the base or the first DLC, I recommend you check out my previous reviews. Of course, you will find them in The Last Tavern.

As in hell, so also on earth

The latest addition to Doom Eternal maintains the plot continuity compared to its predecessor, giving us the grand finale of a spectacular adventure. Doom Slayer has a unique chance to eradicate all evil once and for all by destroying its source – the Dark Lord. Of course, before this clash takes place, we will have to sweat a lot, making use of the deadly arsenal. 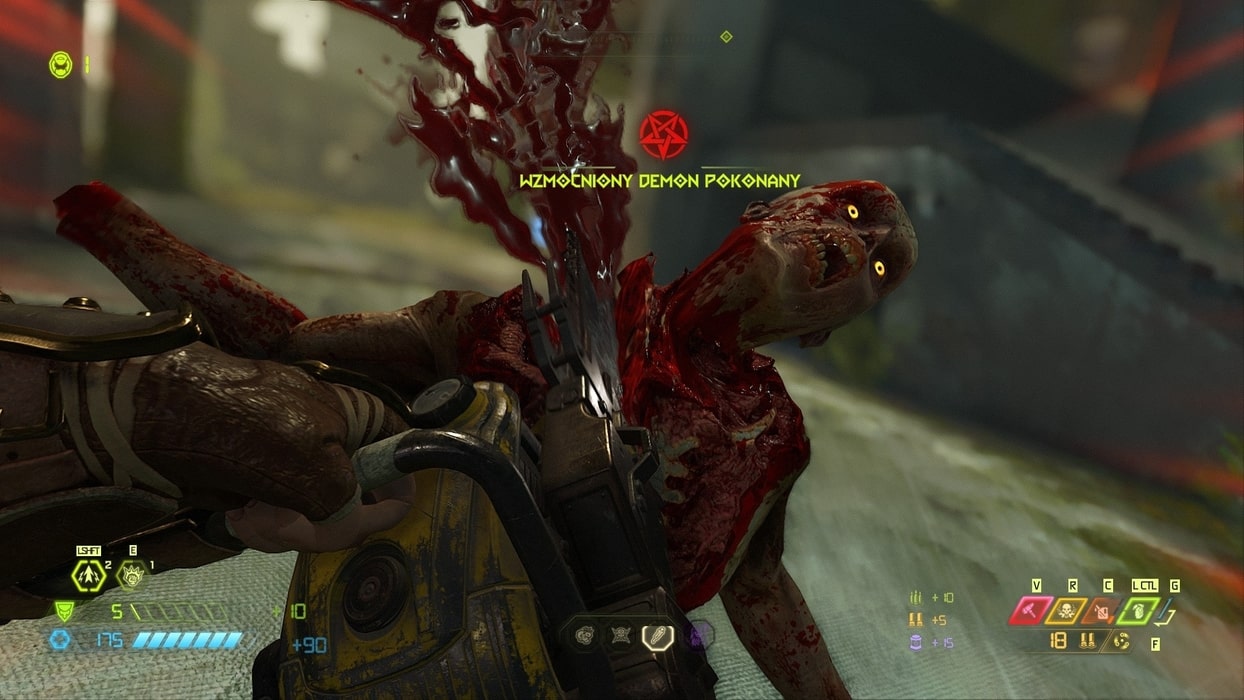 It probably never gets boring!

The game has been enriched with new elements, among which the mighty Guardian’s Hammer leads the way. It allows you to destroy nearby weaker enemies with one hit and stun the stronger ones, and in addition, we receive valuable ammunition. This powerful tool can be extremely helpful, as some opponents have been strengthened.

For example, we’ll play against Zombie Screeching enemies that strengthen enemies or the Armored Baron. In addition, we will make a greater use of the butcher’s hook mounted on the Super Shotgun. Now you can attach it not only to enemies, but also to special points suspended in the air, which has a positive effect on platform elements. By the way, I would like to play a mod for Doom Eternal , focused on jumping and overcoming obstacles, because it started to give me real fun. 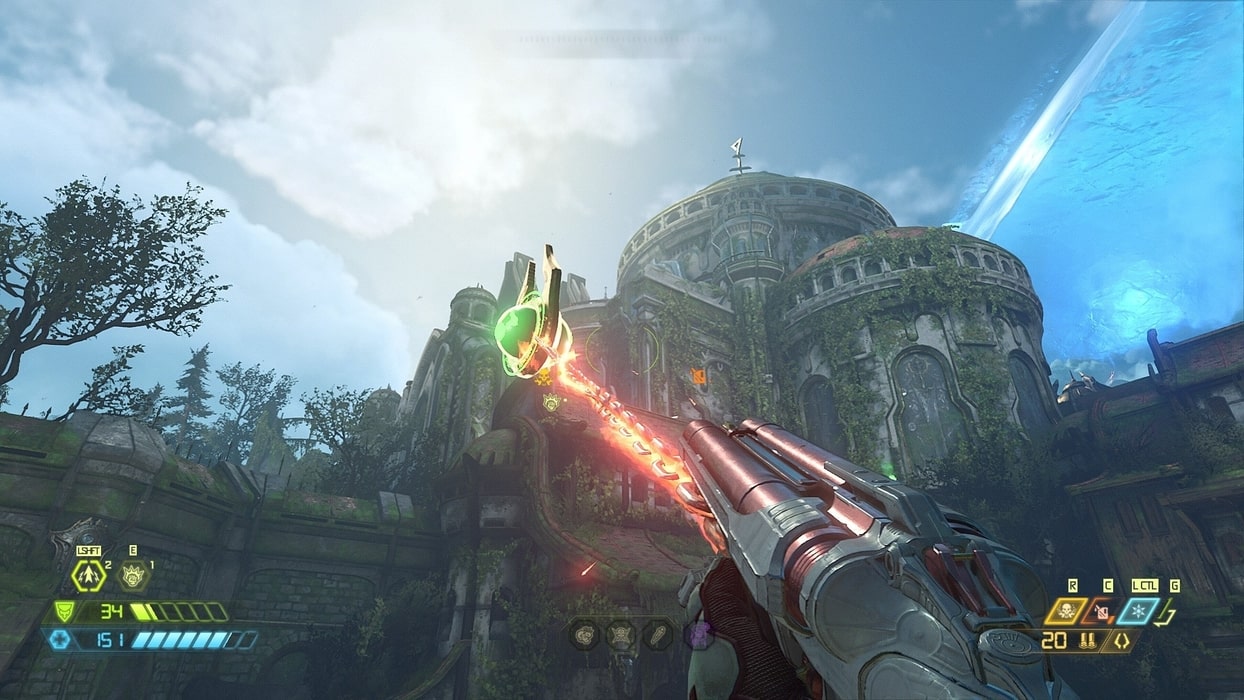 The butcher hook has a new option!

The audiovisual side remains at a consistently high level. Predatory music perfectly matches the crazy pace of the skirmishes, while the locations are consistent and pleasing to the eye. These are specific playgrounds where we play bloody cocksucker with demons, struggling with the obstacle courses that make life difficult. Basically, the level design has been more thoughtful here, slightly tempering the chaos, known from the first part of The Ancient Gods .

In this DLC, we will visit the Spear of Light, the spear of Light, the post-apocalyptic reclaimed land, and Immora – the hellish dominion of the Dark Lord, shrouded in greenery, reminiscent of the fantasy land. The last stage is particularly impressive, as we will witness the final battle of the forces of good and evil there, being – of course – the main actor of this terrifying spectacle. 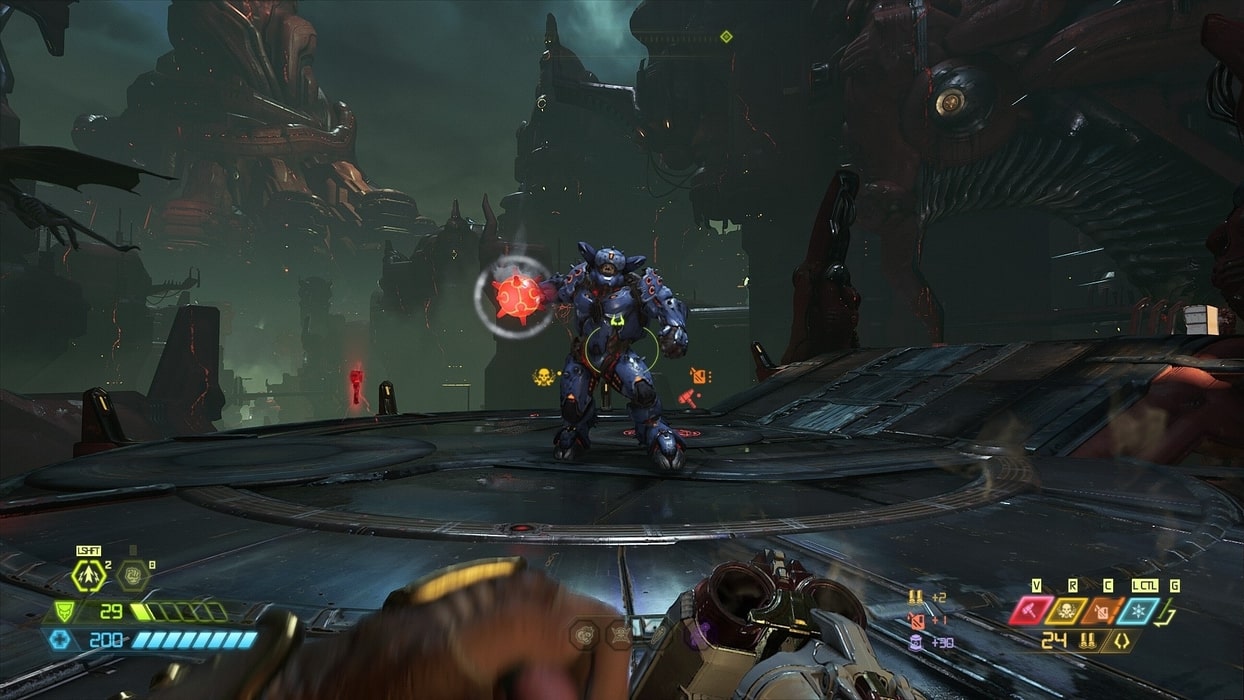 The enemies grew even stronger

The only thing I can complain about is the time of the game and the fight with the Dark Lord. After just a few hours of gameplay, we face this boss, which, surprisingly, was not such a challenge as could be expected from the sinister demon lord. The fight is divided into several stages, but in itself it seems too schematic and not very exciting.

So after finishing the game, I felt both satisfied and a little unsatisfied. Maybe if the additions had not been divided into two parts, the impressions would have been quite different. All in all, the second expansion pack for Doom Eternal provides an excellent yet challenging gameplay experience with a few small variations and better thought out levels. Definitely a must have for every fan of the series. 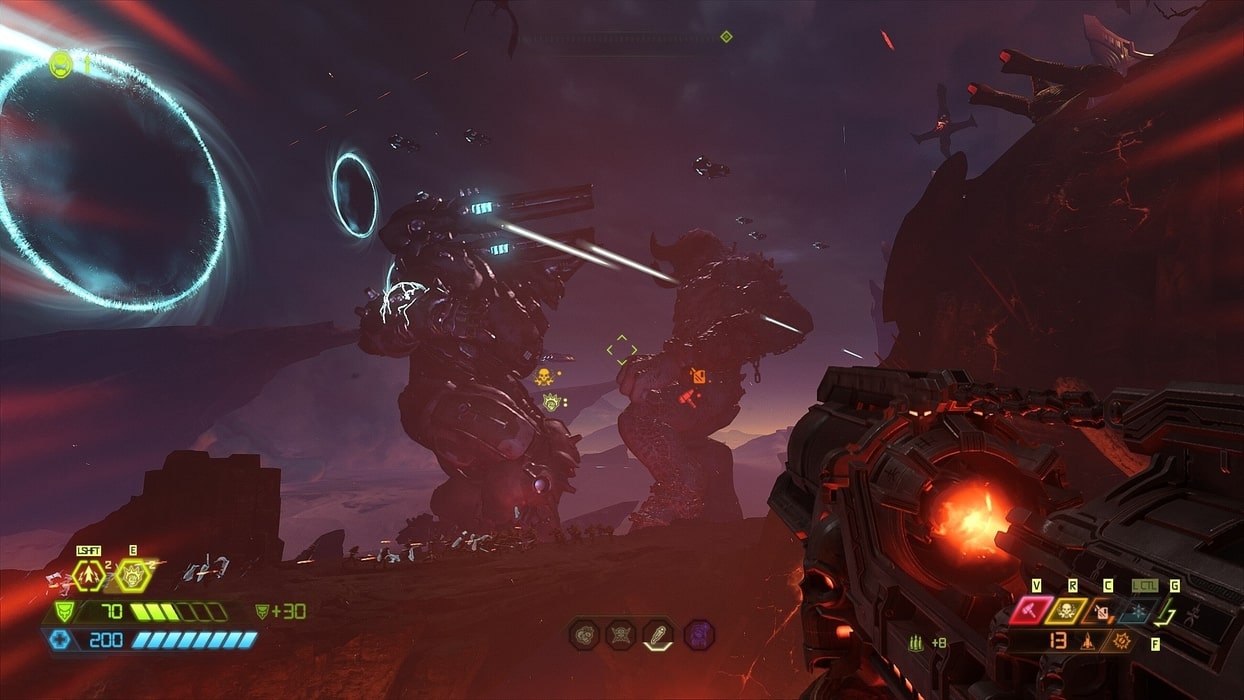 The final battle in Immora is impressive!

A worthy ending to the Doom Slayer saga and the essence of fun.

A fan of fantasy literature and extraordinary films, and above all an avid gamer. In video games, I value the narrative the most, which - if skillfully conducted - can evoke sincere emotions. Electronic entertainment has become my greatest passion after spending a few minutes with the now outdated C64. However, as a player, I was shaped by the first Sony console. In love without memory with FromSoftware productions.

Trunks in the new DLC for "Dragon Ball Z: Kakarot"

New Info About Starfield - Leaks Are Flooding The Internet

20.04.2021
« Previous article
… And then you wake up and think: what a boring dream it was! - review of the book "Summon the falcon" Next article »
Two of those who made the chaff! - review of the comic book "Deadpool vs. Old Man Logan"
Fun facts