This site is translated into English automatically from original page in Polish
EN PL
by Damian „Nox” Lesicki
on 20.04.2021

Graduate of cultural studies, journalism and social communication, marketer, graphic designer and editor, fan and collector of comics, self-proclaimed film expert, fascinated with all kinds of animations (with particular emphasis on Ghibli and Disney), low-budget cosplayer, Sunday player and a huge fan of platypuses, which he considers to be the peak achievement evolution.

Mark Millar has earned his reputation as a tape writer creating consecutive miniseries that are at most average. It is difficult to say whether this is due to a lack of talent, laziness or cold business calculations.

Malicious claims that Millar writes comics only to serve as a so-called proof of concept, i.e. presentation of an idea that will facilitate the sale of licenses to record companies interested in transferring the title to a small or large screen. This is not an unfounded opinion. The film adaptations of Kick-Ass and Kingsman: Secret Service achieved commercial success, and reviewers agree that the quality exceeded the comic book prototypes. In 2017, the entire Millarworld brand was bought by Netflix, and the streaming service has already announced the series, anime and five movies from this universe. Including based on Huck .

Whatever Millar’s business plan actually is, Huck. A real American fits perfectly into the level maintained by this author. This is another story that traverses the superhero archetype, and at first glance seems to be more interesting than it ultimately turns out to be. 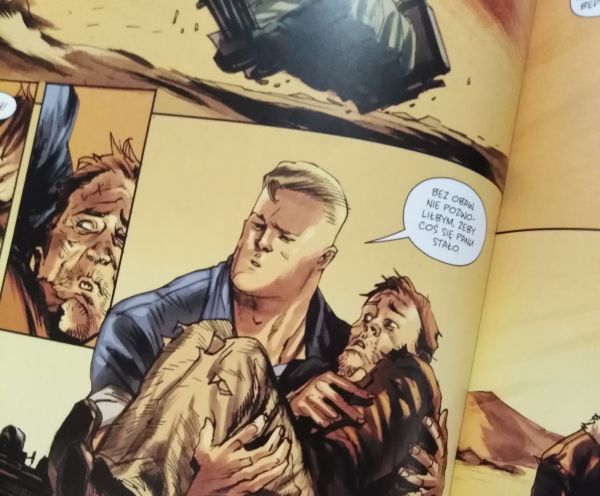 The title character is a simple-minded boy from the American countryside. Although he has superhuman powers, he does not mind wearing a cloak or mask to fight evil and vice. Instead, he chooses to do one good deed every day. The starting point for the plot, then, is the question of what if Superman decided not to pursue a global superhero career, instead acting on a more down-to-earth level and avoiding publicity (at least for the first dozen pages). This is quite an intriguing issue, but as you read it, you will notice again and again how much this story is sewn with thick threads and how much the depicted world does not stick together.

The perception is spoiled primarily by irritating carelessness in the structure of the story. Huck’s supernatural abilities are vague enough to make it harder to spot examples of inconsistency. But one has to hang disbelief on a peg high enough to swallow the notorious bending of space-time, in no way justifiable by superpowers. Some scenes clearly make no sense from the character’s point of view and serve only to artificially create later twists (for example, the scene from the end of the second chapter). Most of all, however, I find it difficult to sympathize with the protagonist, who puts both saving hostages from the hands of terrorists and taking out the rubbish to the neighbors. 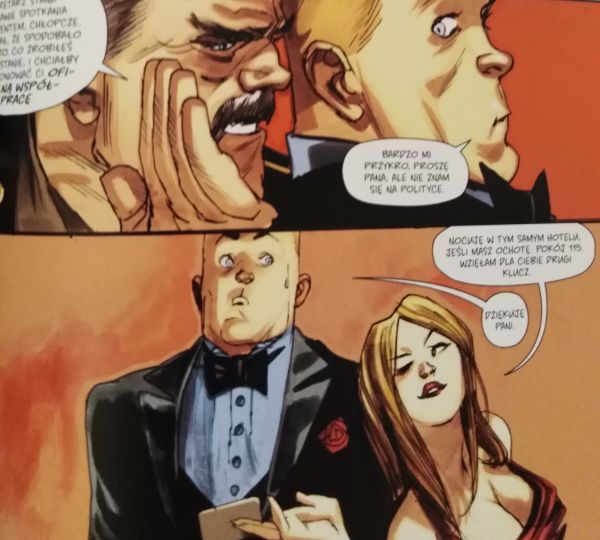 An idea without a point

Huck is essentially Forrest Gump with superhuman powers. It’s the most childish, benevolent, and naively noble version of Superman you can imagine. Rafael Albuquerque perfectly emphasized this in the character design. The protagonist in his drawings is a teddy bear with a square jaw, small blue eyes and blonde hair.

The problem is that nothing comes of it at all. Of course, if you know the output and style of Mark Millar, it is hard to expect that he will write a drama about the clash of comic book heroism with the prose of life like Defendor . However, if you hoped that he would deconstruct a superhero topos in an original way, I have bad news for you. Millar does not comment on American reality, limiting himself to threadbare clichés like a cynical senator fighting for re-election. It does not present in-depth psychological portraits of characters or the relations between them, contenting themselves with banalities. Ultimately, it serves readers with a festival of kitsch with a post-Soviet mad scientist, murder with androids and a demolition like the last parts of Fast and Furious. And while Albuquerque and colourist David McCaig have presented the story in an eye-catching way, their illustrations are not sufficiently strong to justify the scenario shallows. 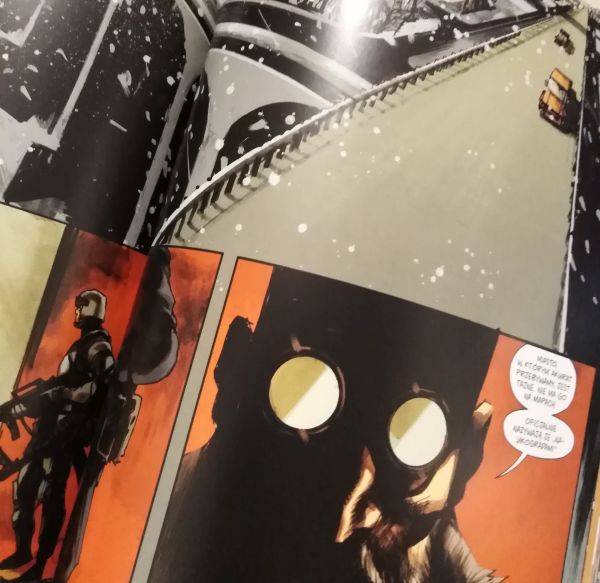 I have the feeling that the writer is well aware of these deficiencies Hu c ka and therefore planned a story so that it closes in six notebooks. Thanks to this, the comic ends before the reader is discouraged for good. Ultimately, Huck. A real American gives the impression of a prototype, a preliminary version of a story that has not been properly elaborated. Maybe the creators of the film adaptation (once again) will correct Millar’s flaws …

Graduate of cultural studies, journalism and social communication, marketer, graphic designer and editor, fan and collector of comics, self-proclaimed film expert, fascinated with all kinds of animations (with particular emphasis on Ghibli and Disney), low-budget cosplayer, Sunday player and a huge fan of platypuses, which he considers to be the peak achievement evolution.

Batwoman: Kate Kane will return to the series. It will be played by Wallis Day

New cast in the series "The Witcher" revealed!

"Puss in Boots 2" - we know the film's release date

21.03.2021
« Previous article
DLCompare: Compare, Save, Play! Next article »
Towards the Eloi and Morlocks of the field ... - a review of the book "Time Machine" by HGWells
Fun facts