One of the determinants of the commercial success of most blockbusters is the mere fact that a sequel exists, as it has long been the practice of film companies to continue the greatest hits. Rarely, however, the next edition is as successful as the original. This play certainly succeeded the fifth (or second ...) episode of George Lucas's space saga, celebrating his fortieth birthday.

It won’t be an exaggeration to say that the original Star Wars became a pop culture phenomenon at the time of its inception . As Lucas himself says, the Hollywood of the 1970s was dominated by darkness, violence and cynicism, often accompanying the US settlement of the recently ended conflict in Vietnam. The director, against these trends, simply wanted to create a simple adventure film, a space fairy tale , in the spirit of classics like Flash Gordon , on which he grew up himself. Something on which the young generation (and not only) will be able to have fun, allowing themselves to be carried away for two hours into the world of stellar fantasy , forgetting about the hardships of a gloomy reality. Nobody expected such a huge success as initiallyNew Hope was shown only in 32 American cinemas, with long lines at the box offices. The film quickly became the highest-grossing film of its time ($ 200 million at the box office in 1977 was an amazing result).

It quickly became clear that the iron had to be forged while it was still hot, so work began on a sequel. Part of the requirement was the contract that George Lucas made with 20th Century FOX for the first film. It assumed the implementation of the continuation of Star Wars within two years of the premiere of the original. Otherwise, the studio would take full rights over the brand. 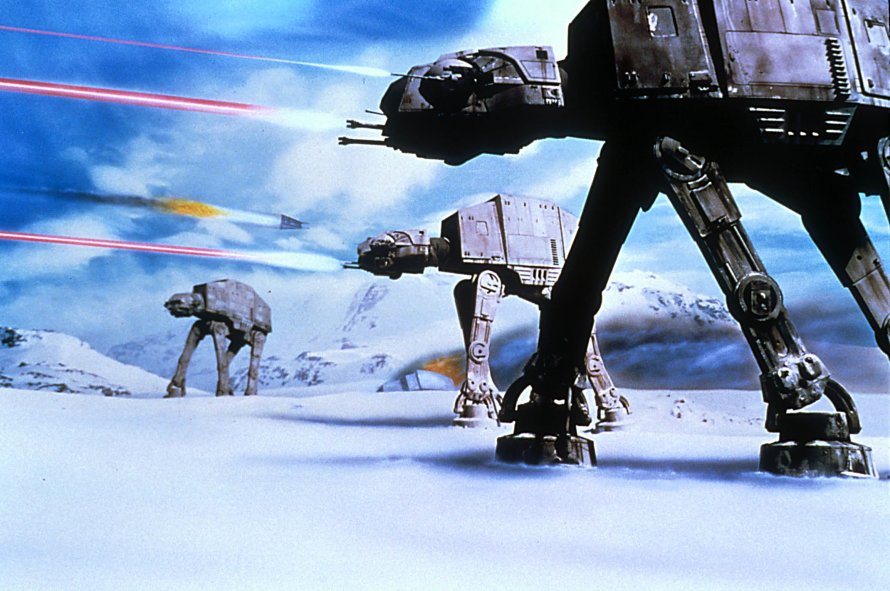 Star Wars: The Empire Strikes Back would not have gained its iconic status were it not for the changes in the production team. While George Lucas is certainly a visionary of the entertainment industry, he is an average director and screenwriter (it was clearly shown by the fully original prequels). So fortunately, Lucas, who disliked writing, did not want to repeat the devastating nightmare of working on A New Hope,  and for the continuation he hired director Irvin Kershner and screenwriter Lawrence Kasdan, remaining himself as the executive producer, overseeing the work. and the overall vision of the project.

It is the different approach of the new creators that we owe to a large extent those elements thanks to which the Empire Strikes Back is so popular among fans. Lucas focused on the concept of a sequel, typical of the time, which must “beat” the original through a more dynamic narrative , and thus even more action scenes , pulsating with impressive special effects. Kasdan, on the other hand, cared about the development of the characters and their mutual relations, hence the idea to separate the heroes and give them different goals after the battle on Hoth opening the movie. Kershner, on the other hand, was reluctant to the convention of candy space opera and opted for a darker tone, without giving up the fairy-tale character of the story. 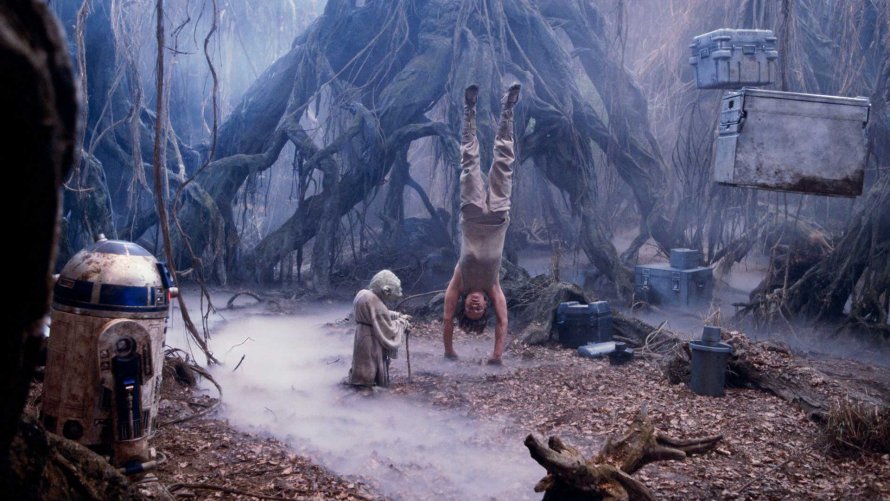 The force in this movie is strong

As a result, The Empire Strikes Back paints a picture that is surprisingly pessimistic for Star Wars . The great victory of the rebels from the previous film turns out to be of little importance in the broader perspective, the main characters suffer almost only defeats from start to finish, while evil grows stronger. It is related to the successful presentation of the antagonists. Darth Vader is no longer the caricatured cyborg of New Hope, but from the very first scenes it builds tension as a sinister commander, treading the protagonists’ heels and posing a real threat. It climaxes naturally in the third act, with one of the most famous twists in action in history. The same applies to the mysterious Emperor (who, unfortunately, was stripped of his character over time). This character is important because it contributes to the mystical nature of this installment of the saga. After all, this is where the dark side of the Force is first emphasized – offering an easier path to action, but disastrous in the long run, as Luke experiences on Dagobah. In fact, the entire segment of training under the supervision of Master Yoda reminds us that we are dealing with space fantasy rather than science fiction. Moreover, the fifth episode doesn’t have a pace problem like A New Hopewhere some of the segments may seem just boring. In the sequel, the interweaving threads were fantastically balanced, so that something attracting attention was always happening.

Of course, all of this remains within a fairly simple adventure story. The main advantage of Star Wars   has never been a particularly elaborate story, but the form in which it is presented. It must be admitted that in this field the Empire strikes backshe aged fantastically. Despite forty years on the back of the neck, numerous practical effects make a great impression, and the CGI blu-ray version added here and there seems unnecessary. After all, even in its raw form, despite the characteristic kitsch, the great battle on the snow planet Hoth can be pleasing to the eyes and can also be considered today as a model of skillfully conducting spectacular battle scenes from various perspectives. Perhaps, compared to modern productions, clashes in space may seem a bit… harsh, but it’s hard to say that they could be a source of embarrassment. It is no different with the phenomenal soundtrack. I think we can safely assume that the music of John Williams is responsible for the lion’s share of the atmosphere of the galactic saga. However, at the stage of the fifth edition, the composer was at his full potential,Imperial march . 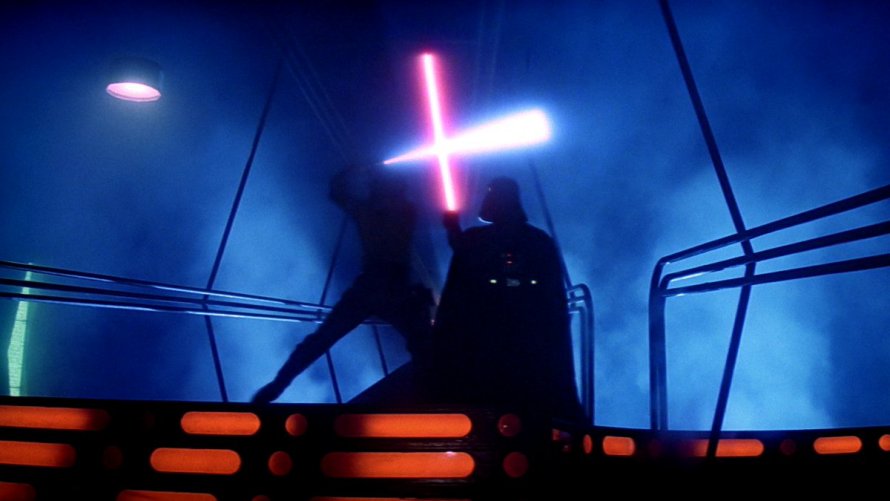 Episode V provides one of the most spectacular duels in the series.

Star Wars: The Empire Strikes Back is a rare sequel that not only matches the original but is simply better in almost every way. The changes in the production team clearly affected quality, and the decision of the new director and writer to turn to a darker tone was a bull’s-eye, refreshing the formula. At the same time, it was possible to maintain a sufficient proportion of the phenomenal , cosmic adventure. Coupled with the extremely dignified aging special effects , the Empire strikes backremains my favorite installment in the entire series, to which I come back more than once. So I can only offer you a screening on the occasion of the fortieth anniversary of the cinema premiere. Maybe you will also rediscover the magic of this episode or catch up.

Words from another time - review of Ursula K. Le Guin's Lao Tzu: Tao Te Ching: A Book About the Way and the Power of the Way

"Stranger Things" - when will we watch season 4?

About hunters who mainly ate pizza - a review of the book “Midnight Chronicles. The Power of the Amulet "