This site is translated into English automatically from original page in Polish
EN PL
New research by the "Game" portal showing the popularity ranking of superheroes shows that most viewers in the world sympathize more with Marvel productions as with DC Comics. 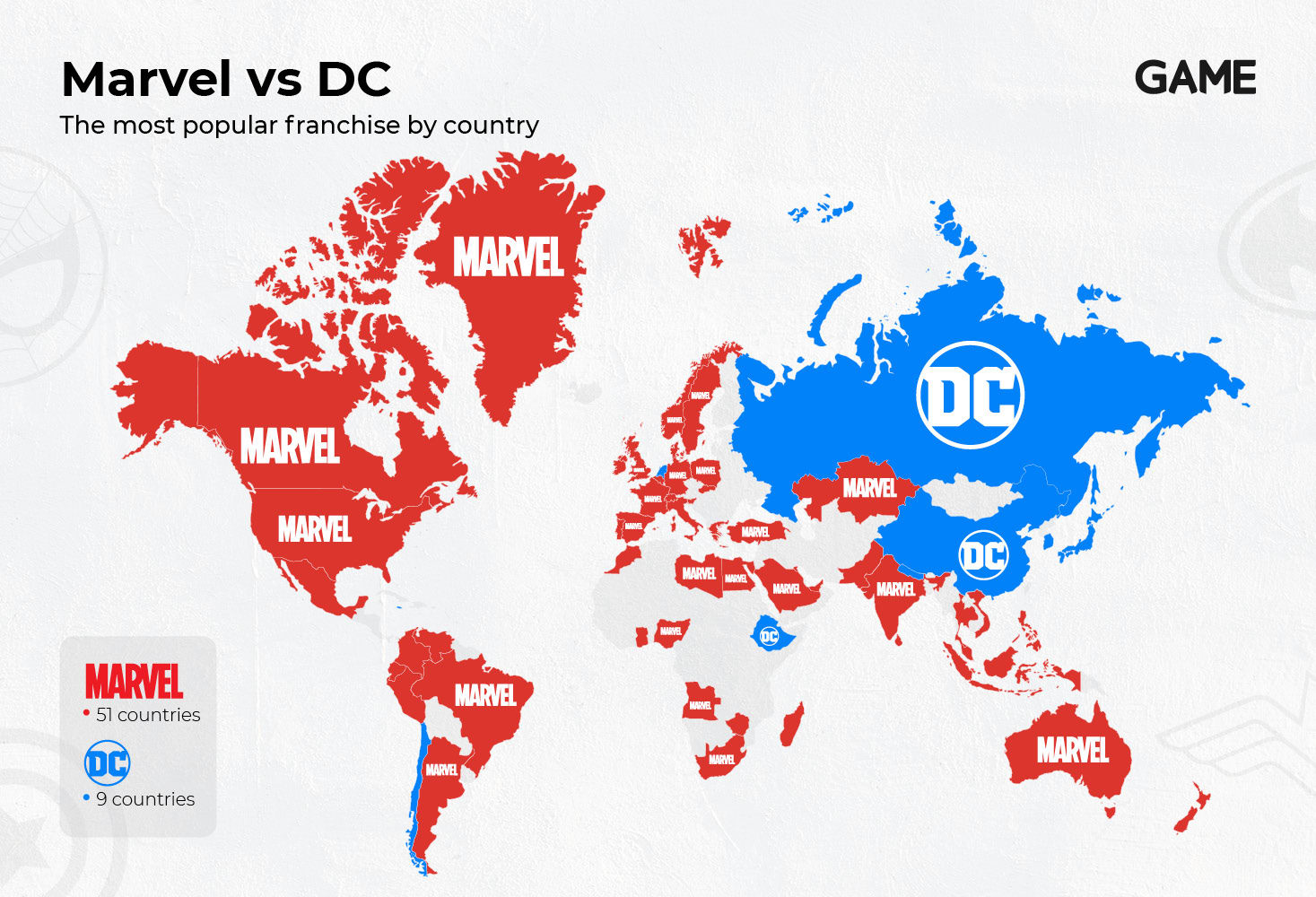 The Game’s study was based on an analysis of the number of Google searches for characters from two comic book and movie giants around the world and found Marvel a leader in 51 countries out of the 60 considered in the study. Most of Marvel’s fans live in the United States, India, and Brazil. DC fans have the largest representation in South Korea, Russia and China. Poles are also more likely to search for information about Marvel’s productions like DC. In the US alone, Marvel wins in 28 states, while DC Comics wins in 22. The state with the most Marvel fans is California, with over 52,000 searches per year. DC reigns supreme in Texas with over 40,000 searches. Ironically, another DC-based location is New York State, which has the Marvel universe. The undisputed leader of popularity among comic book antagonists is Thanos. The next places were Joker and Venom. Spider-Man’s opponent gained the greatest recognition in the eyes of the inhabitants of Poland.

24.04.2021
« Previous article
COMPETITION: Cheer the players of the Tournament and win any game! Next article »
A card game for a single (and not only) - a review of the card game "Lonely Island"
Fun facts