This site is translated into English automatically from original page in Polish
EN PL
by Hubert Heller
on 08.01.2021

Kajko and Kokosz. Dzionecek spasów is a highlander edition of the Laughing Day . Do the adventures of Slavic warriors still entertain despite the passage of time?

Hajda to the robbers!

In the comic book review Kajko i Kokosz. Dzionecek spasów, I would like to focus on two most important aspects of this position. Firstly, I will consider whether, after so many years, the adventures of brave warriors can still make you laugh, and secondly, I would like to assess how the Laughing Day looks in the highlander edition.

Dzionecek spasów tells about several well-connected threads. So we have a wildebeest who is angry that someone is cutting down the forest. Unfortunately, the main characters stumbled upon him, and as a result they had to fight him in a thugs duel. Undoubtedly, Kokosz has certain predispositions to fight this way, but is it enough to defeat the Bora grandfather? Then we also have the title of the spas district presented. It is a holiday where everyone is making jokes. They are really gimmicky and fun. Interestingly, it turns out that the robbers also celebrate that day, but their jokes are quite painful. Of course, apart from that, the classic Hegemon, and in this story, he will want to capture Mirmila’s city at all costs. 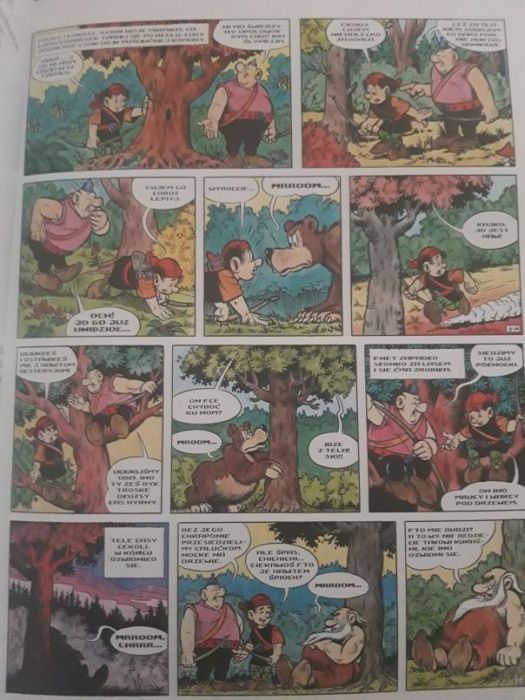 I must admit that I had a lot of fun with Dzioneczek spasów . The lines spoken by the characters are funny, and combined with the phenomenal graphic design, they simply laugh to tears. The facial expressions of the characters perfectly reflect their character. Among the robbers, we can easily recognize Oferma. The attention to detail and background should also be praised. The plot itself is also brilliant. The jokes made by the inhabitants are incredibly varied and inventive. The heroes also look great, despite the passage of so many years. It is impossible not to like Kajek and Kokosz, despite the fact that the fatter of the warriors is selfish. The antagonists should also be appreciated, especially Oferma, who causes confusion in their ranks. A lot is happening here and it is impossible to break away from this story. 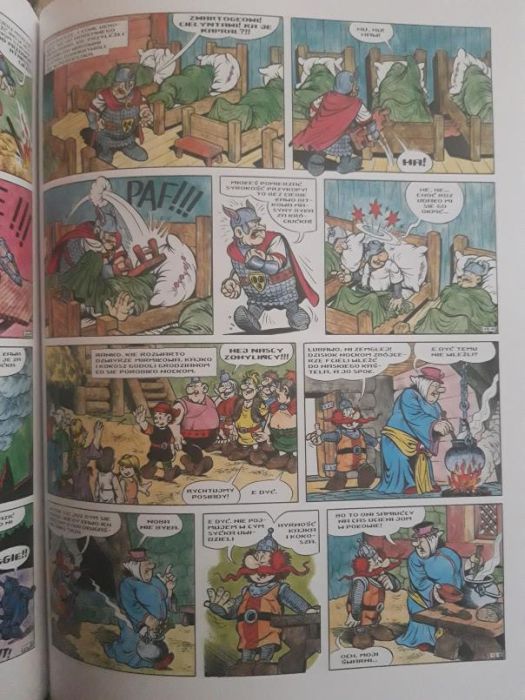 Now it’s time to touch on the second issue, which is how I read the comic in the highland dialect. I can say that the song is quite accessible, most of the words can be understood from the context, and there is a glossary at the end. Although I had to devote more attention to Dzioneczek spasów , it does not change the fact that I appreciate the fact that Egmont introduces us to the highlander dialect in this way. If I had to choose one of the editions, I would choose this one for the sake of an additional educational aspect. Finally, I will mention the biggest disadvantage of this heading, namely the font. It is not very legible and sometimes I had trouble understanding a certain point because I misread a word. 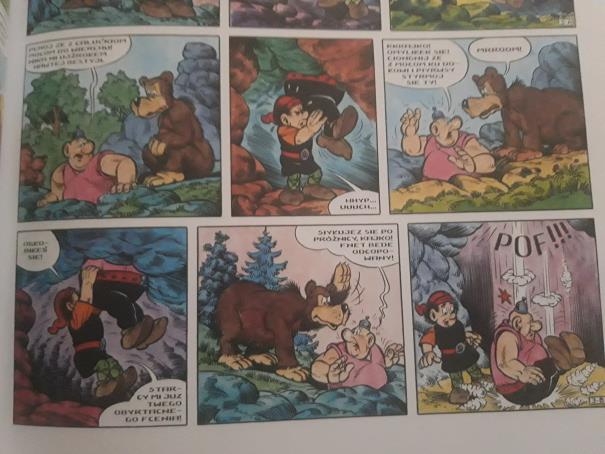 Is it worth returning to Mirmilów?

I don’t remember the last time I had contact with Kajek and Kokosz. It was nice to remember these heroes and I can say that these characters, stories, and even less the line have not aged at all. Everyone will have a good time with this comic. The highlander edition offers additional linguistic flavors that give the comic a new dimension. I recommend!

Kajko and Kokosz. Dzionecek spasów is the highlanders' edition of the Laughing Day . This story is still amusing despite so many years.

When the spider returns to its webs - review of the comic book "Amazing Spider-man. Global Network: Fall of an Empire "