This site is translated into English automatically from original page in Polish
EN PL
by Bartosz Stuła
on 23.03.2021

I experience a kind of déjà vu , although you can't really call it that. This is the third time I have written a review of the same film. I scratched my opinions after the cinema screening in 2017, after the film was released on optical media in the spring of 2018, and I am writing now. But wait a minute, this is not the same production ... It's something completely crazy.

Watching all the movies Zack Snyder made for Warner Bros. and DC Comics, we can get the impression that he was trying to create something like his adaptation of the Scriptures. Superman is a true savior who rises from the dead and saves humanity again. Zack Snyder’s Justice Leagueit only confirms my theory and, additionally, the rich symbolism contained in the epic work of the director from the USA makes me feel like I am communing with something completely extraordinary. The production display format, which is the 4: 3 standard imitating old works of the analog era, and the creation of a film, not a series, add to this uniqueness. Some associate the series with something worse, which did not deserve to be shown in the cinema, but went to television, on a small screen. Four hours of extraordinary experience, broken down into parts that take us on an amazing journey. It’s as if someone made an adaptation of an adaptation and created a masterpiece.

I am really pleasantly surprised to see a story I know from a completely different perspective that seems coherent and so much needed for today’s DC cinematic universe. Let me start with the fact that we have received a brutal and stylistically dark picture, which is characterized by the ubiquitous seriousness of the situation. This is the hallmark of DC, which fans of knitwear around the world have got used to, although of course there are some jokes in the performance of Flash or Alfred. We have clarified many issues that may have been misrepresented earlier. We learn a little more about the history of Aquaman, The Flash and above all Cyborg, where scenes from his past finally come alive on the screen in the form of coherent sequences, not a short trailer on the trailer. We can see the full potential of Speed ​​Force(although I was hoping to see some negative effects from playing with the power of momentum), superpowers, Bruce’s money (bribing one of the fishermen) and Victor’s technology. When it comes to technology, it’s worth noting that Zack combines it with magic. Something amazing that Marvel tried to achieve on the TV series WandaVision with similar results , but he lost it. Other characters, such as the Martian Hunter and Rayana Choi, also appear, which makes this world on the screen live on its own.

Zack Snyder’s Justice League is a story filled with mythological and biblical symbolism. Nevertheless, what I enjoy most is the respect for comics. Snyder creates his own story, however, despite the fatal CGI places, he tries to faithfully reproduce Darkseid, and even winks at the viewer in the form of a scene shot in slow motion , where the arrangement of the characters resembles one of the covers of the Justice League issue released as part of the New 52 publishing series. 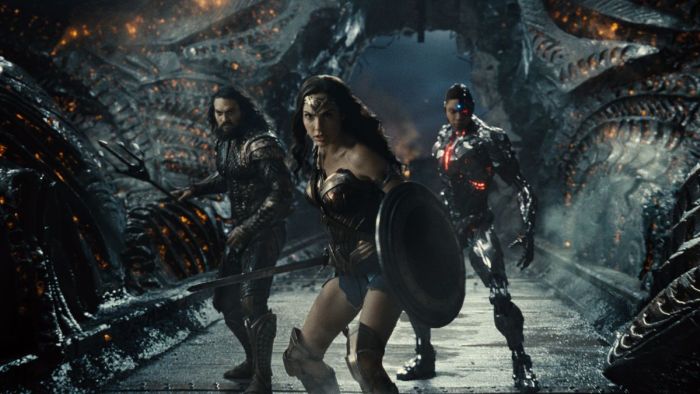 There are ups and downs

Of course, this movie is not without its bad elements. I have read in many reviews that Snyder is a master of attention to detail. Unfortunately, it is not. As can be seen, one of the scenes takes place in a Greek temple where Diana discovers the story of Darkseid’s conquest. And here the frescoes are written in Greek (we have a nice sounding word “Darkseidos”), and right next to it in modern English? And this is supposed to be taking care of the details?

Another issue I will stick to is dubbing. I am not in the habit of watching dubbed productions, but since most of DC’s films have already been dubbed, especially the 2017 Justice League , it could have been done in this case as well. Another thing is the quality of the subtitle translation. Would the commander of the Amazons, when using the command “let go”, mean “fire” or “shoot”? I don’t think so! And what is this mixing words with other languages, in this case Spanish? “To have cojones” could not be literally translated “to have balls”? And those “Mother’s Bones”, evoking associations with a corpse. I hope that with the launch of HBO Max in Poland, such technical issues will not arise. 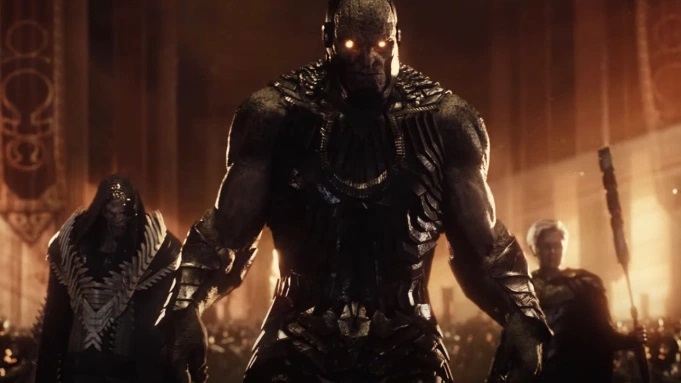 A few words at the end

Was Joss Whedon’s version really bad? It seems so, and the director himself would like to sabotage the DC Extended Universe in favor of Marvel (such a little joke). His version was full of sexism and teenage jokes. The only thing nostalgic about this first draft is the epic post-credits scene of Flash vs. Superman race, showing that there will be more, and the League hasn’t crumbled after the crisis. Another element that I miss is Danny Elfman’s music, because his notes always give a unique, mysterious atmosphere.

Am I happy with the release of this specific director’s cut? Of course! The director’s cut of Batman v Superman: Dawn of Justice has already proven that Snyder needs more than two or three hours of standard movie screening time. Then we can get to know everything from A to Z, because when someone tells him to cut his work, we get a weak material, like a cut Goblet of Fire, which becomes incomprehensible without knowing the adapted medium.

Am I waiting for fans to take over Warner Brothers and give Snyder more leeway to make movies based on DC comics? Probably not! A certain idea for more films, which appeared in the last minutes of this four-hour film, filled me with a certain amount of anxiety. I don’t see Cavill as Superman from Injustice: Gods Among Us . I was supposed to rate this movie more severely, but after the second screening, I found I was enchanted by the magic of DC comics on the screen. We get a solid piece of work, exuding epicness, around which many myths have arisen. And rightly so, because he himself becomes one big screen mythology.

Pathos rules the plot, but it was worth waiting for this movie to improve. For some it will be a film masterpiece, for others it will be a successful heroic movie, and for me it will be Zack Snyder's Bible.

How to destroy a promising series? Set, Go! - review of the movie "Wonder Woman 1984"

"Space Match 2" - new photos and controversy about the characters

06.03.2021
« Previous article
The three-thousand-year-old Amazon is celebrating a round anniversary this year - the 80th year of Wonder Woman Next article »
Batwoman: Kate Kane will return to the series. It will be played by Wallis Day
Contests: Win books, DVDs, games, gadgets