This site is translated into English automatically from original page in Polish
EN PL
by Hubert Heller
on 06.03.2021

Mathieu Mariolle created his own image of the Land of the Rising Sun, filled with mythological creatures, and made Musashi Miyamoto one of the main characters. Is it enough to draw Japanese lovers into this universe?

Mythological creatures in the Land of the Rising Sun.

Mathieu Mariolle in The Way of the Sword focuses on the figure of the most famous Ronin – Musashi Miyamoto. However, he is not the main character, but a young thirteen-year-old boy named Mikedi. It is this kid who, as a result of unexpected circumstances, becomes Musashi’s apprentice. He must give up his comfortable life in order to follow the path of the sword. Of course it turns out not to be an easy journey. Apart from the hardships of the journey or demanding challenges, Mikedi will first of all have to face himself and decide in which direction he wants to go. It is worth noting that the author decided to create his own version of the Land of the Rising Sun, so in addition to samurai, we will meet amazing creatures (including powerful sea beasts) in the comic books. 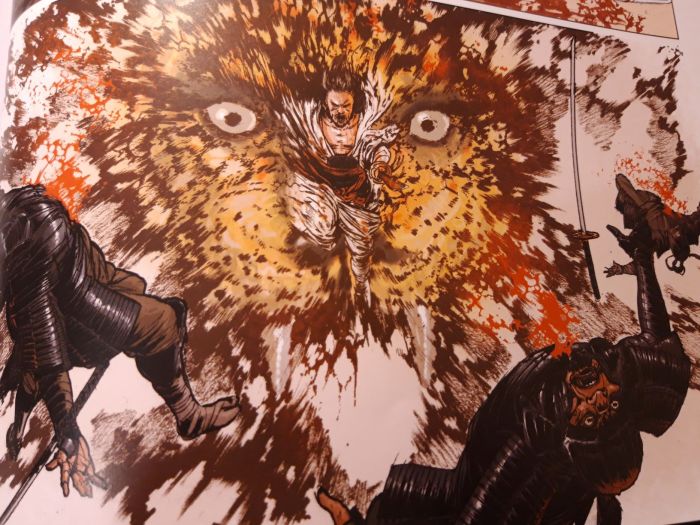 Musashi Miyamoto is undoubtedly an interesting character. On the one hand, he looks like a dirty, smelly tramp, and on the other, he is an outstanding, invincible swordsman. As we can see, he is tormented by strong emotions and, above all, he is consumed by hatred. In a way, we have a classic story about revenge, although the first volume nevertheless focuses on Mikedi and his attempts to follow the title path of the sword. Unfortunately, the main character doesn’t look so good, because he’s just a bit annoying. Somehow I’m not very interested in his fate. 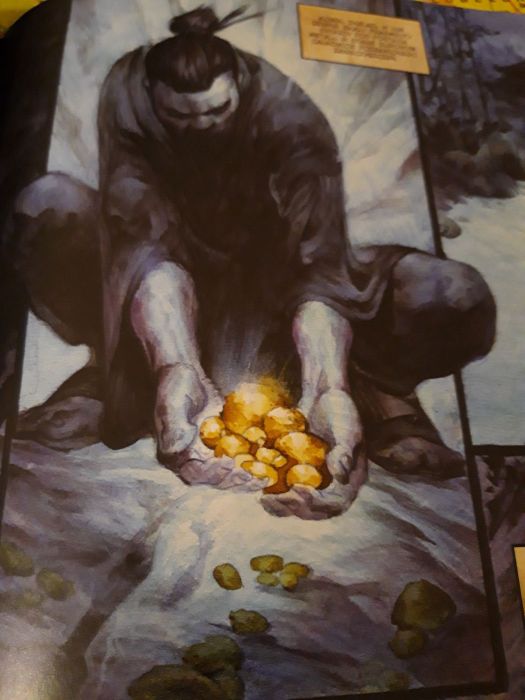 The graphics are impressive. I can especially praise the cartoonist for skillfully drawing a face. Ferniani cares about every detail, deftly reflects every scratch, flaw that distinguishes a given hero. In addition, two myths woven into the plot deserve praise. One tells about the creation of a unique pair of swords, and the other about the unusual ink obtained from mollusks. These four-page legends are styled differently. You can feel the magic of the story, because the frames are blurry, and only one color dominates. This gives us the impression that we are actually listening to the story. 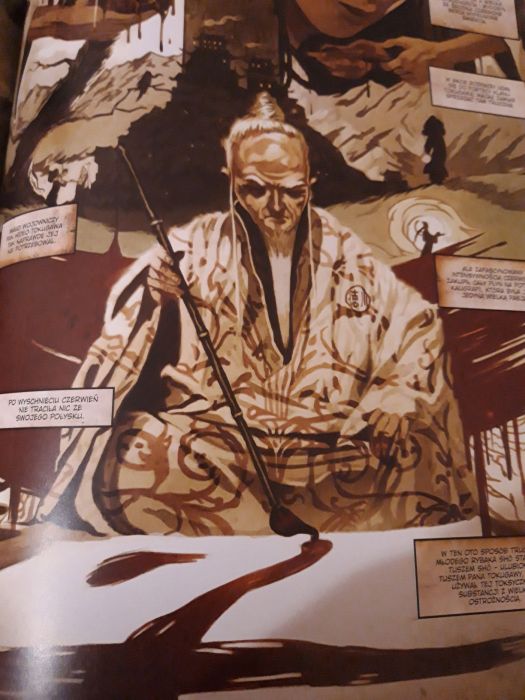 The Way of the Sword is an extremely successful comic. The plot itself does not seem very original, and the master-apprentice relationship is also clichéd. Nevertheless, a great line or legends woven into the plot create quite an interesting story. In addition, Musashi Miyamoto looks very good, as are the fight scenes with his participation. In fact, a possible objection concerns the size of this comic. Unfortunately, fifty-six pages is not enough for me. As a consolation, we have a sketchbook, which is a very nice addition. I like Japanese atmosphere, and the Way of the Sword allows you to immerse yourself in the fantastic world of samurai. I am eager to reach for the next volume, because I hope that in the continuation Mariolle and Ferniani will positively surprise me with interesting ideas. 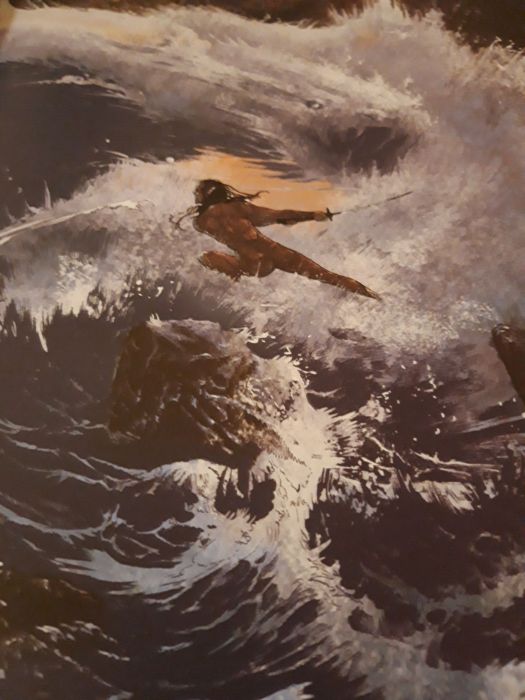 The Way of the Sword is an intriguing comic book about the fictional adventures of Ronin Musashi Miyamoto.

Someone has to clean up here - review of the comic book "Sleeper", volume 2

The dead are coming! - review of the comic book "Usagi Yojimbo. The Saga ", vol. 7

Elves versus trolls - review of the comic book "The World of Drift: A Tale of Thieves and Trolls" vol. 1

Return of the Goblin - Review of the comic book "Amazing Spider-Man. Global network. To walk away with a bang ", vol. 10

02.05.2021
« Previous article
Someone has to clean up here - review of the comic book "Sleeper", volume 2 Next article »
What was the driving force behind Emma Popik's work?
Fun facts