This site is translated into English automatically from original page in Polish
EN PL
As everyone knows, 2020 was different than anything else we could expect. Some even said Godzilla or Cthulhu would appear. However, one fact is indisputable, it was a good year for the popularization of board games, so the editors of the Last Tawerna prepared for you a list of the best games that appeared on our market at that time. 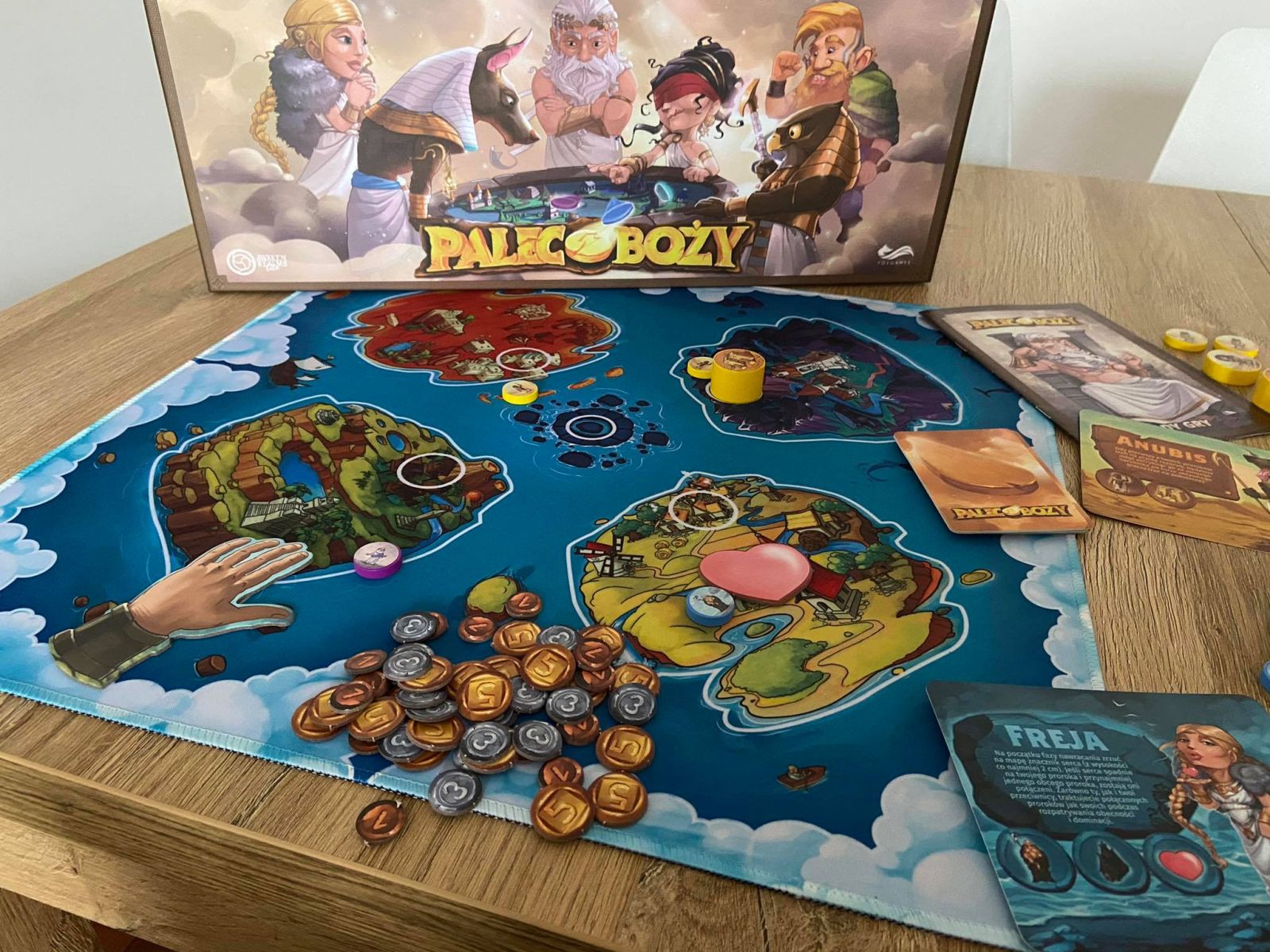 The Finger of God from Foxgames definitely deserves a place on the list of the best board games of 2020 . This is a successful arcade game that surprises with originality, while at the same time evoking a feeling of nostalgia for the iconic game in caps. The point in the game is to place as many prophets of specific deities as possible (disks with their likenesses usually change their position with a click) on the islands located on the map included in the set. Thus, a considerable number of their inhabitants can be converted. The winner is whoever does the best (i.e. scores the most victory points). The item impresses with its design, but also amazes with the great fun it causes. After all, how often do we persuade the messenger of the Egyptian patron of mummification, Anubis, or the sun god Ra, to make a bouncy wandering around the atolls? 🙂

The creators of the game Finger of God are Paweł Stobiecki, Jan Truchanowicz and Łukasz Włodarczyk. The illustrations were made by Dagmara Gąska (Orbs CCG, Earthcore: Shattered Elements) and Krzysztof Piasek (Awaken Realms). – Marzena Siarkiewicz

In our Tavern you will find current reviews of games, movies, books and fantasy-themed columns. We have plenty of space, we have delicious food and drinks! You will hear fantastic stories about the adventures behind the seven mountains and seven forests, meet honorable men and charming women as well as real heroes - both film, literary and games.

"Aliens: Fireteam", a preview of the game from the "Alien" universe

The first gameplay from "Aliens: Fireteam"

Brilliant Polish dexterity - review of the board game "God's finger"