This site is translated into English automatically from original page in Polish
EN PL
by Piotr Markiewicz
on 01.06.2021

The third volume of the comic book about the adventures of Star-Lord and his friends is intended to introduce us to the event of the Infinity Wars . Before it begins, the Guardians of the Galaxy will have their hands full.

We have work to do!

In the previous two volumes of Guardians of the Galaxy, we learned that the universe is in grave danger. The god of lies, Loki, persuaded a Gardener to breed a murderous strain of Flora Colossus (the same breed to which Groot belongs). Now huge trees are attacking other planets, spreading fear and destruction. In addition, the Collector and Grand Master began searching for the Infinity Stones, which Gamora is also recently looking for. Let’s add that Drax has become a pacifist, and Star-Lord and his team were joined by Scott Lang, also known as Ant-Man, who was hiding from his friends. As if that were not enough, our heroes were arrested by the Nova Corps.

In Search of InfinityWe quickly learn that the Rangers haven’t done anything wrong this time (at least yet) and that the space police are looking for help from them. In their ranks there are many spies and “moles” who act to the detriment of the organization. After catching them, Rocket decides to take care of him, whose cunning plan quickly turns out to be a brilliant move. Meanwhile, Gamora and Ant-Man make their way to a dilapidated space station, where a handful of survivors are terrorized by robots created by Ultron. Peter Quill meets his old friend Rich Rider and together they make amazing discoveries on one of the small asteroids. Drax, on the other hand, tries to save innocent civilians from inevitable death at the hands of Nova traitors. So there are many missions, and that’s not all. The attack on the Stronghold is being prepared by the Raptor Brotherhood. We put the gear in top gear!

Another problem of the Infinity Searchis that Keepers aren’t very funny. Yet they were always famous for their extraordinary sense of humor. Meanwhile, Gamora and Peter Quill are colorless. Their performance comes down practically only to the next fight scenes. Drax has one Guardian-style scene, and besides, he doesn’t look out of place either. We only see Groot at times, so he doesn’t get to know himself from the better side. The situation is saved by Rocket, whose brilliant plan to save Nova, as well as sharp retorts and making jokes of everyone around, is definitely above average and makes you smile. A lot of good can also be said about Ant-Man, which is the perfect complement to the Raccoon. It is also worth mentioning the short but interesting performance of the space dog Kosmo, introducing a bit of entertainment to the plot. To this let’s add an introduction, which is a reference to the intro from the cult series Drużyna A. So it will be possible to laugh a bit, but for the adventures of the Guardians of the Galaxy, there is not enough humor. 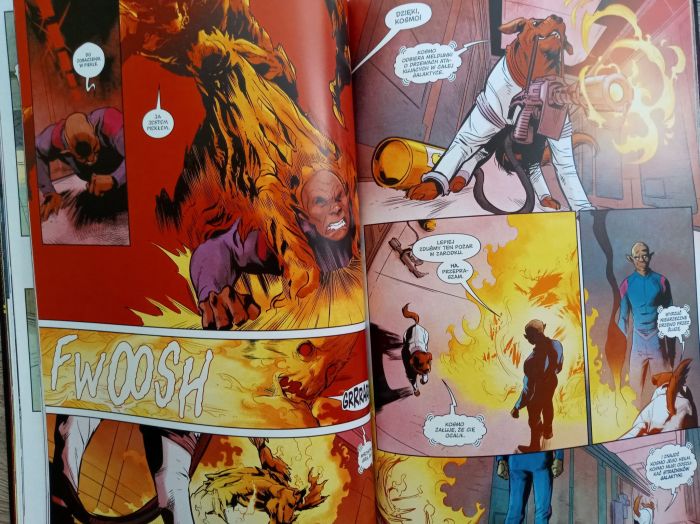 The Aaron Kuder and Marcus To duo were responsible for the graphics of Searching for Infinity . Both men deserve praise. That the plot is rushing headlong is not their fault. They tried to capture individual moments so that the viewer would not get completely lost in this race. And they succeeded. The fight scenes look pretty effective. The times when Ant-Man grows in and out are also well depicted. The most important thing, however, is to present the universe very well. Along with the comic book, we can actually go on a trip to space stations or other planets. Colorful backgrounds depicting alien flora and fauna were taken care of, and even the cosmic races look, well, non-terrestrial! 😉 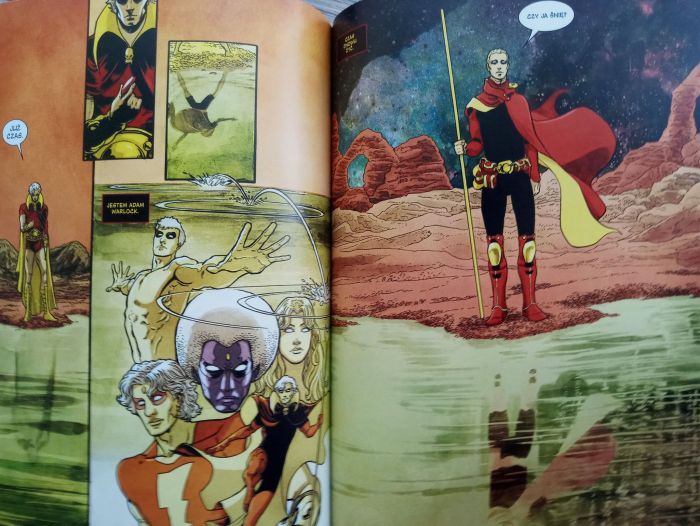 The countdown has started

Guardians of the Galaxy: Quest for Infinity is the weakest notebook in the three-volume collection that leads us to the Marvel Fresh series. The plot rushes at the speed of light, subsequent plots are started and ended quickly, and the topics started in the previous volumes are omitted. The heroes themselves are quite bland and there is no humor that is characteristic of the heroes. The comic saves only Rocket with Ant-Man, the appearance of Adam Warlock and a nice graphic design. We will be able to fully evaluate the title only after reading the Infinity Wars , but at the moment it is only average, which we must read, whether we like it or not, to fully understand the event mentioned above.

Guardians of the Galaxy: Seeking Infinity seems to be a fast-paced notebook. This is a clog that is to introduce us to an extremely important event for Marvel.

Mutants on the board - review of the game "X-Men: Mutant Rise"