The Throne of Zeus is another title from the Greek mythology - this time, for a younger audience.

Student of journalism and social communication at the SWPS University. Raised on the books of Tolkien, obsessed with The Witcher. I like everything related to magic and fantasy, from novels to anime to Disney fairy tales and Barbie movies. My dream is to publish my own fantasy book one day.


Greek mythology has been taught a hundred times in schools for years, attracting young readers. Author Deborah Lerme Goodman also touched on this topic in her interactive book, Create your adventure. The Throne of Zeus .

For better or for worse, Greek myths are still present in pop culture. In this case, the reader is faced with an interactive adventure. The plot takes the main character (the reader) back in time to meet Zeus in order to verify the authenticity of an artifact found in modern times – the thunder god’s throne. Once the goal is set, the story becomes interactive and each choice leads to different events that also focus on mythological characters.

In my first adventure I met such heroes as Hades, Persephone, Athena and Charon. All the characters were polite, but since such interactive stories appeal to a younger audience, I don’t interpret this as a downside.

The adventure, regardless of the path, runs very smoothly and quickly. If the reader is interested in the plot after the first playthrough (which will last a maximum of 20 minutes), he can try many other combinations. If you are unsure whether you have already covered a given topic, there is a full list at the back of the booklet, presenting all the choices and the connections between them. Thanks to this solution, fans of the Greek pantheon will not miss any variant offered by the author. 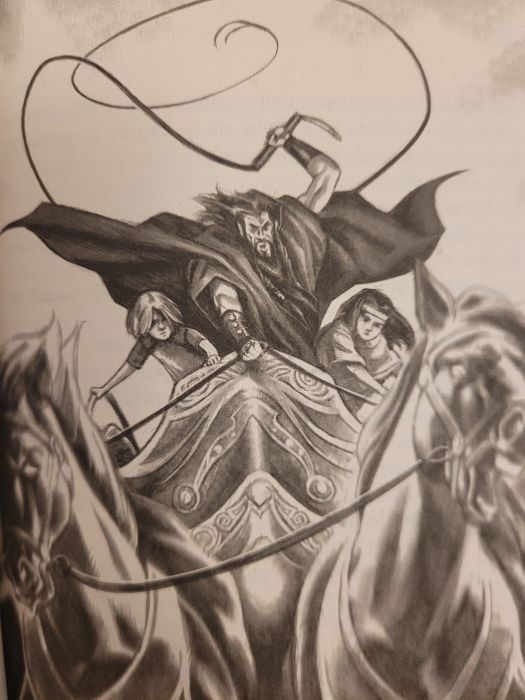 How do the gods look like in this unusual edition?

Each of the characters resembles its mythical prototype known from school. Unfortunately, due to the fast pace of the plot, there is no time to get to know any of them. In this case, the heroes are treated more as obstacles or support, standing in the way of the main character on his journey to meet the most important god of ancient Greece.

I used to be a fan of myths myself and I must admit that I was a bit annoyed by the shallowing of these entities to such a role. Perhaps a younger reader will not notice this, but if someone is more familiar with Greek mythology, it can also cause discomfort. The image presented by Ms. Goodman fits only in the school picture of ancient religious figures.

Throne of Zeus will certainly be a suitable title for younger readers. I have no doubt that it will provide them with a lot of entertainment, thanks to the possibility of choosing the path of the main character. Unfortunately, older viewers may get a bit bored with this position, putting it on the shelf after two attempts to complete the adventure. 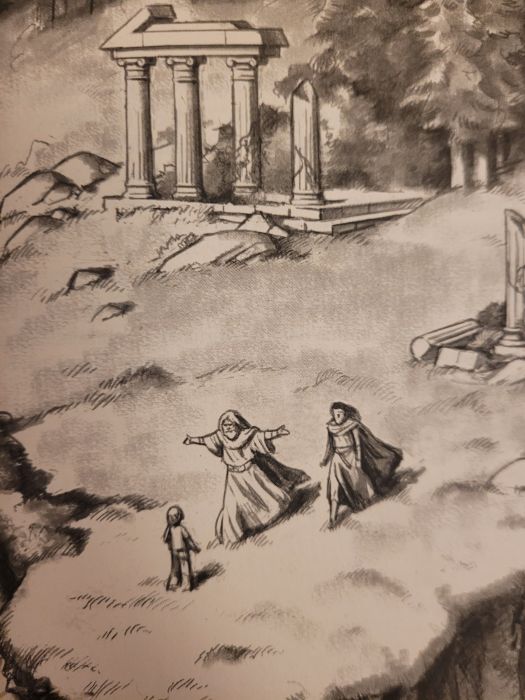 Student of journalism and social communication at the SWPS University. Raised on the books of Tolkien, obsessed with The Witcher. I like everything related to magic and fantasy, from novels to anime to Disney fairy tales and Barbie movies. My dream is to publish my own fantasy book one day.

Through the icy wastelands to salvation. A review of the book role-playing game "Heart of Ice"

The comic book "Paneuropa vs. Bane of the Past ”will make its debut at MFKiG in Łódź!

Spectacular in its spectacularity - a review of the comic book "Odyseja"

The "Heart of Ice" paragraph game hit the shelves!

Check out the trailer of the magical animation "The Tooth Fairy"!

The new Tomb Raider game is coming this month! 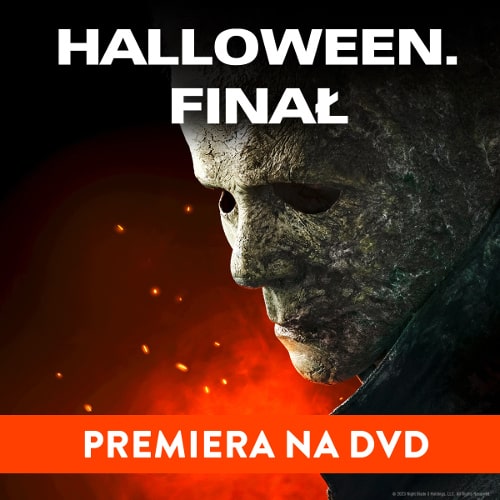