This site is translated into English automatically from original page in Polish
EN PL
by Piotr Markiewicz
on 04.06.2021

The Italian band Maneskin with the rock song Ziiti E Buoni won the last Eurovision Song Contest . Of course, this is not the first time that a stronger sound has beaten the competition during the above mentioned competition. The Finnish band Lordi recorded the same achievement.

Lordi is a heavy rock band. It was founded in 1996. Its leader, singer and songwriter was Tomi Petteri Putaansuu, known to the wider public as Mr. Lordi. However, music lovers had to wait 6 years for their first album. It was in 2002 that the album Get Heavy was released on the market , immediately bringing the band great popularity in their country. Two years later, the album The Monsterican Dream was released , to which was attached a CD with the short film The Kin. All the then members of Lordi who played the role of monsters appeared in it. Apart from music, the group became famous for its stage costumes. They are inspired by horror movies, and musicians don’t show up in public without them. On the stage, you can see the Demon Lord or Mummy, and in some time also a Dead Man, Phantom or Horned Creature. Everything straight out of a nightmare. Great songs, interesting image and mystery attracted more fans, and in 2006 they decided to send the band to the 51st Eurovision Song Contest. The piece that Monsters from Finland was supposed to present to the world was Hard Rock Hallelujah from the album The Arockalypse . The team not only won, but also achieved the best result in the history of the competition! Hard Rock Hallelujah was undoubtedly a huge success. However, we do not want to write about Eurovision and the band itself. Let’s focus on the main topic of the cycle, i.e. the music video. Two video clips were recorded for the song. The first one was created in 2006 and it was supposed to promote the piece. We could see the second one a year later and it was an introduction to the next Eurovision Song Contest. Although it is undoubtedly fantastic, let’s check what the previous one looked like.

We are moving to a high school, where a teenager is just firing his Walkman, and in the headphones you can hear, of course, Hard Rock Hallelujah. The girl even hums a song under her breath. Her appearance (suggesting that she has been listening to metal for a long time) makes the other students look at her with contempt. When she reaches the gym, the cheerleaders who train there shove and mock her. Suddenly the light begins to dim, the door bursts off its hinges, and Mr. Lordi. At his gesture, the screaming girls fall onto the dance floor, and we see a full-fledged band playing their song. We have the opportunity to look at each monster separately. Our main character is still standing on the threshold, very scared, but the Demon summons her to him. She stands uncertainly in front of him and among the lying cheerleaders, who rise up as zombies on his orders! The living dead squirm to the rhythm of the music, and the high school girl smiles only ominously at the band. After a while, the other students run screaming through the corridor, and the undead chase after them. They are headed by our rock friend, who in the last scene sends her subordinates to the youth who cannot get out of school. You would like to see what happened next! As we know from previous Fantastic Music Videos, the lyrics don’t always have to have anything to do with the music video. But Lordi is not going to do this to us! The words may not exactly reflect what’s happening on the screen, but they fit perfectly. The singer warns of the arrival of the Arockalypse. For, behold, the walls will fall, sinners will die, false prophets will disappear, faithful believers will be saved and they will become kings. And that’s all when the moon rises and the angels come along with the demons and bring us hard rock. The only thing left to choose is whether we want to join or die in Hell. Of course, all this Mr. Lordi sings to his follower, who willingly leads a host of zombies against these “infidels.” We also have the example of the fall of the cheerleaders and the arrival of the demons themselves. So it makes sense and brings us to rocking time! 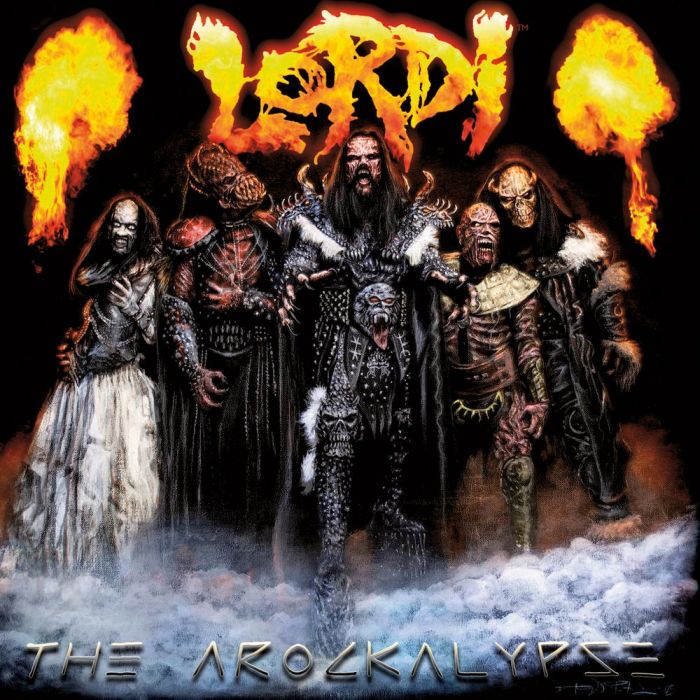 The video for the song Hard Rock Hallelujah is a great job. Monsters from Finland made it interesting. The clip could easily be turned into a movie – maybe we would have a pretty decent horror movie from it. Maybe not an Oscar-winning megahit, but also not a Z-class production. Here the hero doesn’t wander aimlessly, surrounded by an uninteresting background, but demons give us a strong sound and a nice story. But Lordi got us used to it eventually. We could put each of their music videos into our series and I would probably write a lot of positive things about it. Anyway, take a look at Blood Red Sandman , Would You Love A Monsterman or The Riff . I am sure you will have a lot of fun every time!