This site is translated into English automatically from original page in Polish
EN PL
by Piotr Markiewicz
on 23.04.2021

Michael Jackson in Thriller proved that horror themes fit perfectly with music videos. 15 years later, the band Backstreet Boys followed his example, and we got a video for their great hit Everybody .

There were many boy bands …

Some argue that the history of the so-called boy bands started back in the 1960s with the career of The Beatles. Can the Liverpool boys really be described by this name? Opinions on this subject are divided. However, it cannot be denied that they made a huge contribution to the development of teams consisting only of the male representation. Officially, New Kids on the Block, founded in 1984, is considered to be the first boy band. You certainly know their hits like Step by Step or Tonight.We’ve had a real flood of boy bands since then, and there’s no shortage of them until today. Let us mention here, for example, Maroon 5, N SYNC, Take That, One Direction, O-Zone, Tokio Hotel or our Polish Just 5. However, one of the first groups that comes to mind in this category is undoubtedly Backstreet Boys. It was founded in 1993 and was composed of Nick Carter, Brian Littrell, Howie Dorough, AJ McLean and Kevin Richardson. Their manager was, in turn, Lou Pearlman, the man who also ran the US5 or the already mentioned N SYNC. Gentlemen, or rather boys, their first album, simply called Backstreet Boys , released in 1996 and it immediately gained the status of gold, and in some countries even platinum. The same status was also given to their next two albums, i.e.Backstreet’s Back and Millenium . The first of them featured the band’s big hit, Everybody . And it is on this track, or rather the music video shot for it, that we will focus our attention on. 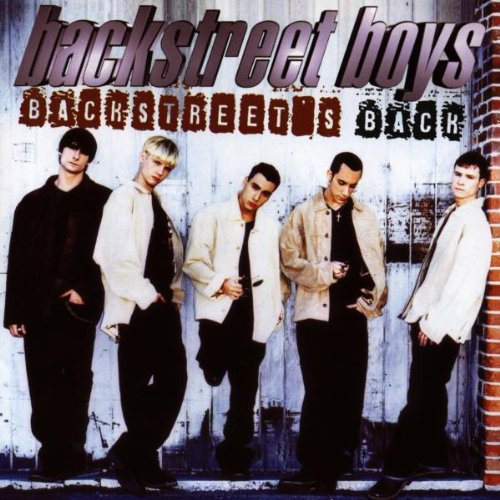 In a haunted house

The story in the video begins with the band members ending up in an old, abandoned house. It was because of a broken bus; driver (played by Antonio Fargas, an actor known from such productions as Starsky and Hutch or Shaft) is being repaired, and the guys have to stay overnight. So the gentlemen go to their beds politely, and at night they turn into monsters straight from horror movies. Brian turns into a werewolf who yells at the moon alone through the window and performs various gymnastic exercises straight from the Olympics. Howie becomes a vampire who looks like Dracula from Coppola’s movie. With the assistance of his entourage, he comes out of the coffin and in invisible form moves along the corridors to finally start to get to the neck of a young girl (or more precisely – model Josie Maran). Nick, in turn, transforms into a mummy who breaks free from the sarcophagus after many years. He is quickly joined by two female versions of this bogeyman and the three begin their dance. One of the best situations is AJ, who, as the phantom of the opera, feasts with several other people at a lavishly set table. However, mice run around between meals, which may discourage you from eating your dinner a bit. On the other hand, Kevin, who is a monster with two faces, symbolized by Dr. Jekyll and Mr. Hyde, must play alone. Each of the characters has their own story to tell, so most of the time we don’t see them together on the screen. Only at the end do they appear in the foyer, where they perform a choreography to the music with a whole group of people. Finally, our singers wake up from their nightmares and tell each other what they dreamed about. Then a driver transformed into a Frankenstein monster appears in the door (and with a lightning bolt behind his back), which terrifies our heroes. And this is where the video ends. What does a vampire have to swing?

Apparently, in the 90s, the lyrics did not have to relate to the music video in any way. We had an example of this at Ooops… I did it again and everybody confirms it. There is no mention of werewolves, ghosts, haunted houses or even fear in itself in the song. Well, unless you are afraid of body swinging, arm waving or the return of the Backstreets. Because that’s exactly what our boys sing about. They tout their charms by asking each other if they are sexy and special. In addition, they answer themselves with a short “yeah”. In addition, they make us sing, dance and scream. And they keep announcing that they are back. And they make all of us rock our bodies and rock and rock and rock a little more. Oh yes! And in the background, the monsters are happy to sway. But why? What does both have to do with the other? We will probably never find out. Everybody is a typical creation of the 90s, which you look at today with a grain of salt. The song is still catchy, catchy, but is it good? Many people view it as a classic of the genre, which is why the ratings are often overestimated. In fact, the text does not tell about anything specific, but it would probably become a hit today as well. How is the music video? Let’s mention that it is the responsibility of Joseph Kahn, a real expert in this field, who has won Grammy and MTV awards and collaborated with such celebrities as Eminem, KoRn, U2, Aerosmith and George Michael. So he couldn’t afford to fail. The fact is, the video doesn’t refer to the lyrics of the song, but maybe that’s a good thing? It has its own interesting atmosphere. Efforts were made to impeccable characterization, beautiful backgrounds and tailored choreography. There aren’t too many special effects here either, which would look artificial years later. It may be strange that the horror monsters dance instead of scaring us, but we are already used to this by zombies in Jackson’s. The final one also deserves praiseplot -twist , which in the case of the movie would mean that we will see part two. In general, it is not tragic – as long as you take a correction for the years in which the music video of the famous boy band was made.

08.04.2021
« Previous article
First stream of "Here They Lie" today Next article »
The jubilee attack of the Empire - a review of the comic book “Star Wars Komiks. Hope Dies "
Fun facts