This site is translated into English automatically from original page in Polish
EN PL
by Piotr Markiewicz
on 07.02.2021

Fantasy accompanies us at every step. It is in movies, series, literature, computer and board games. Musicians also benefit from it. And not only when writing the texts of the next hits. Many have opted for the fantasy theme in music videos as well. Eiffel 65 was among them. 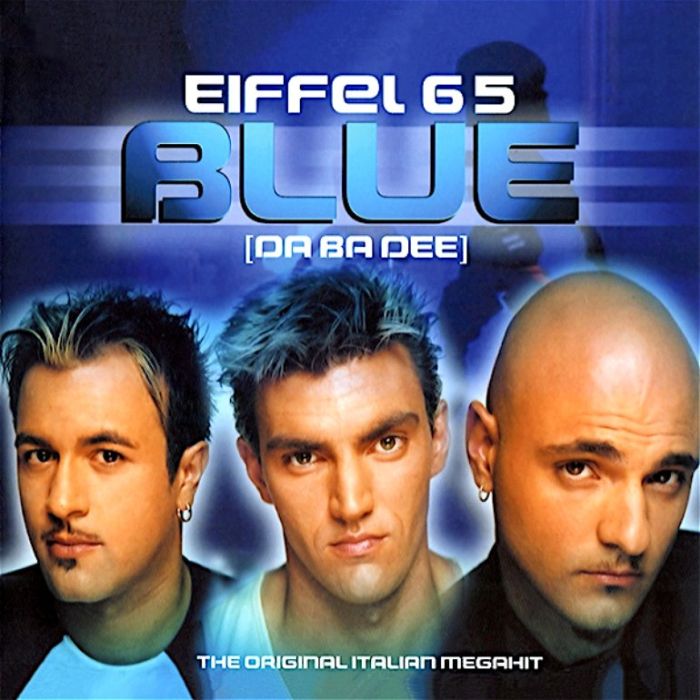 Has anyone heard of Blue at least once? I doubt it. It is not known how the single gained popularity in such a short time, but in fact the song became a real world phenomenon! I admit that I had the band’s cassette with this piece myself! (Please do not judge the author on the mistakes of childhood.) Blue reigned supreme on the charts in Poland, Germany, Great Britain, Australia, France and Canada. Even in the US, it was ranked sixth on The Hot 100. Interestingly, he was never at the top in his native Italy. Apparently, the makers prefer Al Bano and Eros Ramazzotti. But back to the topic, our hit tells the story of a little guy who lived in a blue world where everything was blue. You know – a blue house, blue windows, a blue night, a blue day, a blue car … And we got this description a few times, and there was also da ba dee, da ba daa to the chorus . And already. Oh, the whole text. Years later, some found a second bottom in the track. Well, the title “blue” can also mean depression! And suddenly the guy lives in a sad world with depressing houses, windows, etc. etc. Was that what the creators wanted? I leave this to your interpretation.

Let’s finally move on to what interests us the most – the music video. The gentlemen from Eiffel 65 focused on classic science-fiction. It all starts with the fact that they play a concert that is picked up by a spaceship. The blue (not depressed!) Human-like men flying in it are going to Earth to kidnap the band’s vocalist and take them to their planet. The plan is successful. Fortunately, the other two members of this boys band have their own racket and go to the rescue of a friend! While the soloist is put on stage, where, to his own surprise, he sings in front of a hall filled with enthusiastic aliens, his colleagues fight the aliens. The natives have laser weapons (shooting blue) and know karate, but brave heroes can create light orbs (magicians like nothing! ) and mastered the martial arts to perfection! They easily defeat the overwhelming enemy forces and recover the kidnapping victim. When they successfully return complete to their home planet, broken aliens send them a messagePlease come back . Which artist would not listen to loyal fans? Eiffel 65 gives a concert in front of the blue audience, and their group is joined by one of the representatives of the alien civilization. And that’s the end of the music video, but not the end of the story! The guys and their blue friend (as well as a previously unseen friend) returned in the song Move your body . But that is a topic for another time.

Almost the entire video for Blueit was created by computer and only three musicians are real here. Looking at this videoclip after many years, we can say that it perfectly captures the spirit of the 90s – it is cheesy, kitschy, but also funny and you should look at it with a smile under your breath. Yes, the technology was not at the same level as it is today, and the Eiffel 65 budget was probably very limited, but I think that a bit more could be done here anyway. And so we get a lot of blue copy-and-paste men, weird mouth movements, and horrible fight scenes. In addition, the work of the camera, which for unknown reasons turns from time to time, making you dizzy. The idea for the story itself is not very original either. But maybe that was what it was all about? If it was to be a parody of sci-fi cinema and a mockery of computer creations of other artists, I bow my head to Gabry, Gianfranco and Maurizio. Although I suspect that, carried by the wave of popularity, they were sure that they were doing something great. And they did! Judging nowadays, the clip looks tragic, but in 1998 not one kid (and probably adults) was wide-eyed with amazement at how we managed to put together something so fantastic! Well, admit it, probably many of you also liked it?

The music video for Blue did not stand the test of time, although it is not bad to watch. It is the quintessence of that period and you can joke about it today. At one time, however, he made a sensation on television (YouTube was not there yet) and probably many people hunted to watch it in 30 tons or on the German Viva channel. As for fantasy – if we made a film based on this material, we would probably have a funny class B cinema that would be in our series of films so bad that it’s good. A story with an alien abduction, a fight on an alien planet and an unusual twist at the end. All this in 3 minutes and 39 seconds! What if we extended the plot to a full-length picture! Better not to imagine it …

Adam Wingard is back with another production. It's "ThunderCats"!

There are more photos from the movie set of "Avatar 2"