This site is translated into English automatically from original page in Polish
EN PL
by Hubert Heller
on 06.03.2021

In the Drift World , we are immediately thrown into the whirlwind of events. We know about the conflict between the races from the very first pages, and we even have an outline of the first antagonists, i.e. ugly trolls. Immediately after that, the main characters appear. Elf Dellric breaks into a chamber to steal a priceless artifact, but here’s some nasty witch comes up with the same idea. He sends a possessed girl to kill the rogue … and moments later the entire temple explodes. In the end, the heroes accidentally joined by fate become even entangled in a great battle, where they do not have to fear flying balls (the elves in this world have switched from bows to muskets), but the gigantic feet of charging beasts. What am I supposed to write more? There is just a lot going on. 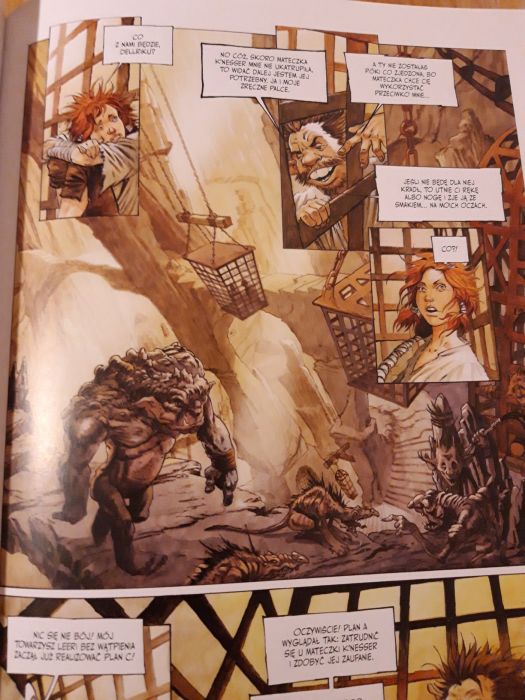 A great and dissolute matron of trolls

The world of drift it’s a whole lot of colorful characters. We have representatives of all races, from elves to kobolds. I must say that each character is interesting. Not only because of his appearance (e.g. a sorcerer with one eye much larger than the other), but also because of his character and behavior. We have the impetuous leader of the elves and her opposite, the peaceful commander of the Dommovoi people. At the start, we also get two antagonists, i.e. a nasty witch and mother K’Nesser, who stands at the head of cruel, dissolute and hungry trolls. Dellirc, on the other hand, is a typical cheater, a rogue who plays on several fronts and combines in various ways to earn some extra money – a great and funny character. His accidental companion hides many secrets that will probably be unraveled in the next volumes. 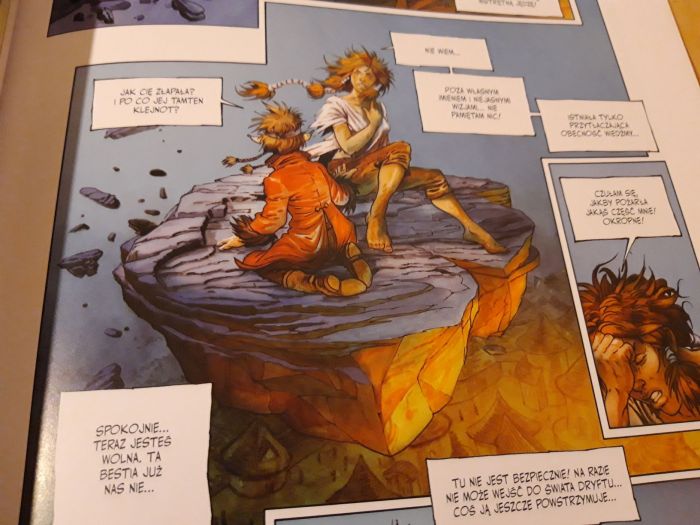 Nasty and beautiful creatures taken straight from the bestiary

The graphics are wonderful. I mean, in fact, the designs of all the fantastic creatures. Just look at the trolls, which are simply beautiful in their ugliness. On the other hand, Dellric, with protruding teeth, simply resembles a beaver and with its appearance it can make the reader smile. I really like Ken Broeders’ designs, he undoubtedly has a rich imagination. The release itself works just as well, especially due to the addition of a handful of concept sketches, a few graphics and interesting information from the author. With all of this, we can learn how the World of Drift was born and how some heroes evolved. 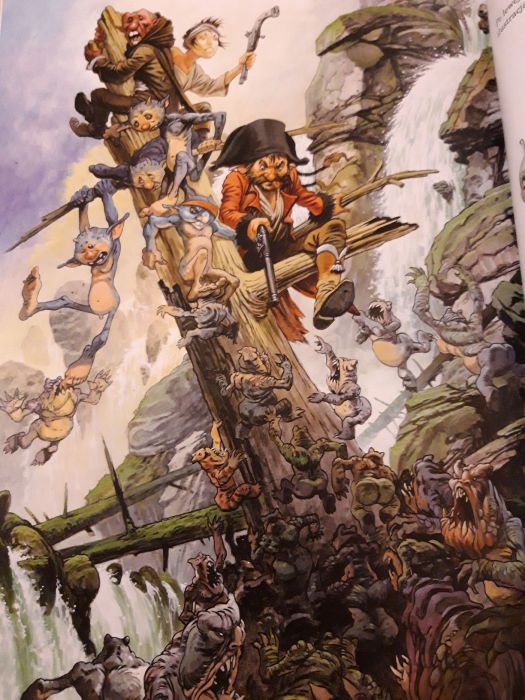 Is it worth visiting the world of Drift?

When I saw the cover for the first time, I thought it might be quite an interesting comic book. As I delved into it, I came to the conclusion that the first impression was absolutely correct. It is not an ideal position, but the world is simply captivating. This is a great comic adventure. The only complaint I have to finish is that the story breaks off during the main characters’ conversation with the Red Wizard. I will definitely be happy to read the next volume, because I had a lot of fun reading it.

The world of Drift is simply a brilliant adventure in a world filled with extraordinary creatures that were created by Ken Broeders.

03.05.2021
« Previous article
Fantastic comics made by women Next article »
A charity anthology of stories from the Forgotten Dreams project
Fun facts