This site is translated into English automatically from original page in Polish
EN PL
by Marzena Siarkiewicz
on 08.01.2021

Christopher Nolan has accustomed us to cinema that requires concentration, expanding our view on the world around us. It is enough to mention here Interstellar (2014) or Inception (2010). Tenet does not differ much from the titles I have mentioned, both in terms of the technical layer and the plot. Thanks to the Galapagos publishing house, the DVD with this movie can be included in the collection of each of you.

World War III as a result of manipulation of time

Nolan wrote the screenplay for the film himself. The creator was interested in quantum physics, which is very visible. Importantly, while working on the painting (it is worth adding that it took the creator of the Dark Knight seven years), he consulted with experts in this field. Tenetit is therefore not over-intellectual gibberish, but has arms and legs. The oligarch Andrei Sator (Kenneth Branagh) is in possession of the “key to the apocalypse”. Plans to use it. This is where the fun begins. Was the use of it motivated by personal reasons? How can something that a Russian millionaire owns affect the shape of space-time, the world past and the future? The film provides answers to these questions and does it very precisely. The viewer only needs to really feel what is happening on the screen, scroll through individual scenes, catch the nuances, and everything will stick together into an incredibly brilliant and satisfying whole. Otherwise watching the movie Tenetmisses the point a bit. It is a pity that it would happen, because the screening, apart from the values ​​mentioned above, guarantees fast action, extraordinary music from the Swedish composer Ludwig Göransson and the excellent role of Robert Pattinson. 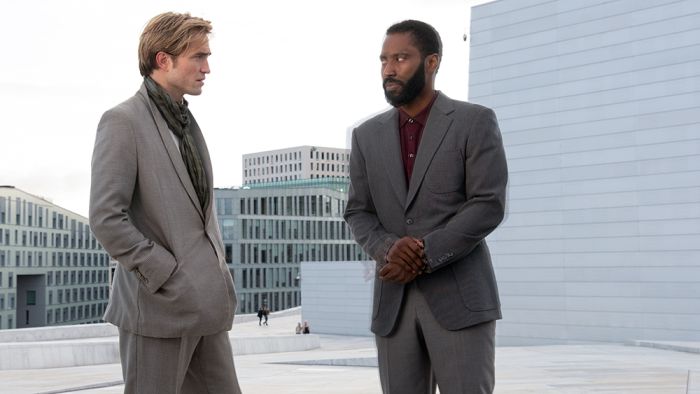 Acting is very good with some exceptions

Speaking of Pattinson (the physicist Neil played by him is a supporting character), I cannot fail to mention the main character – The Protagonist. The son of two-time Oscar winner Denzel Washington, John David Washington, appears on the big screen. Unfortunately, this task is too much for him. Young Washington doesn’t have the same charisma as his father, but that’s not the problem. Okay, including that too, but maybe the boy will get a kick out of it. In the Black Brotherhood. BlacKkKlansman ( 2018) did quite well in the end. As for Tenet,the biggest drawback is the fact that in the production, the ones from the second and third plan shine more than its main star. I mean the aforementioned Pattinson, who with this film finally removed the Twilight boy from himself , showing how versatile and convincing he is an actor, as well as Elizabeth Debicki (The Great Gatsby, The Night Receptionist), who plays the antagonist’s wife, Kat. The actress, having Polish roots, took on the role of a woman locked in a golden cage, and at the same time did not lose her character, femininity, willpower and willingness to fight for survival for a moment. She did it perfectly, because it is quite an art to empathize with the position of the Russian big-fish wife, who can decide the fate of the world / space-time, and at the same time keep the charm worthy of Audrey Hepburn. The combination of effortless class and skillful emotional playing with only facial expressions – this is how you could describe Debicki’s performance. Bravo! As if that was not enough, the film also features the incomparable Michael Caine ( The Dark Knight, Inception ). It is really good. 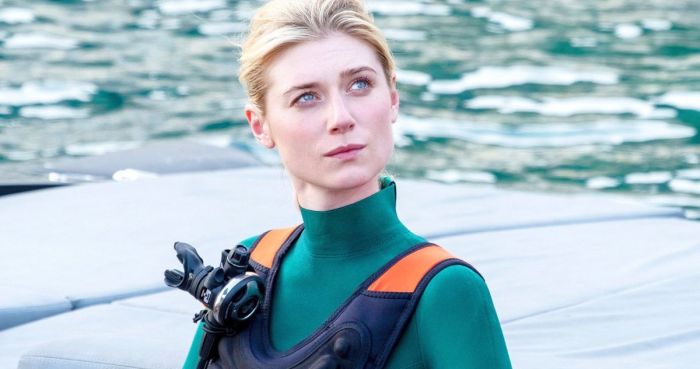 A solid portion of entertainment for a demanding viewer

Tenet will appeal to everyone who loves the motives of playing with time, they are interested in the possibility of showing issues from the extremely interesting world of physics through cinema (in this case action cinema), and above all fans of good acting with intriguing music. I am convinced that if you like this item, you will watch it at least 10 times, wanting to catch all possible details and understand the course of individual events. I will most definitely do it! 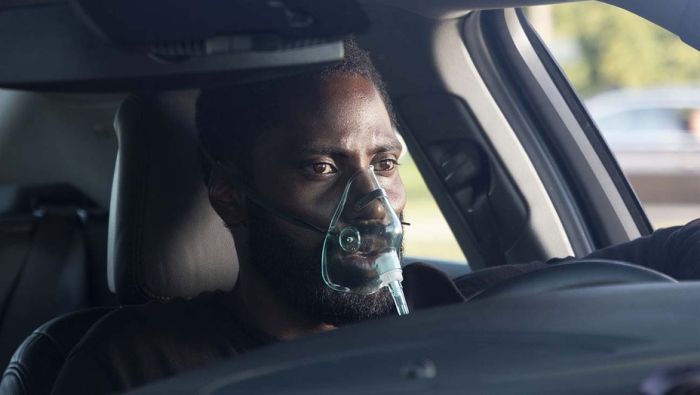 The album from the Galapagos publishing house includes four language versions of the film: Polish, English, Hungarian and Czech. Romanian, Polish, Hungarian, Arabic, Bulgarian, Czech and Portuguese subtitles are available. In addition, the album features a selection of individual scenes, which is an invaluable option in the case of a movie like Tenet . It is worth noting that despite the modest number of bonuses, the menu does not leave much to be desired. It is very neat. Nolan fans may also try the Blu-Ray version, which includes more additional materials.

17.04.2021
« Previous article
Preview of the 5th season of the My Hero Academia anime Next article »
Is a book or a game? - review of the board game "Stories"
Fun facts