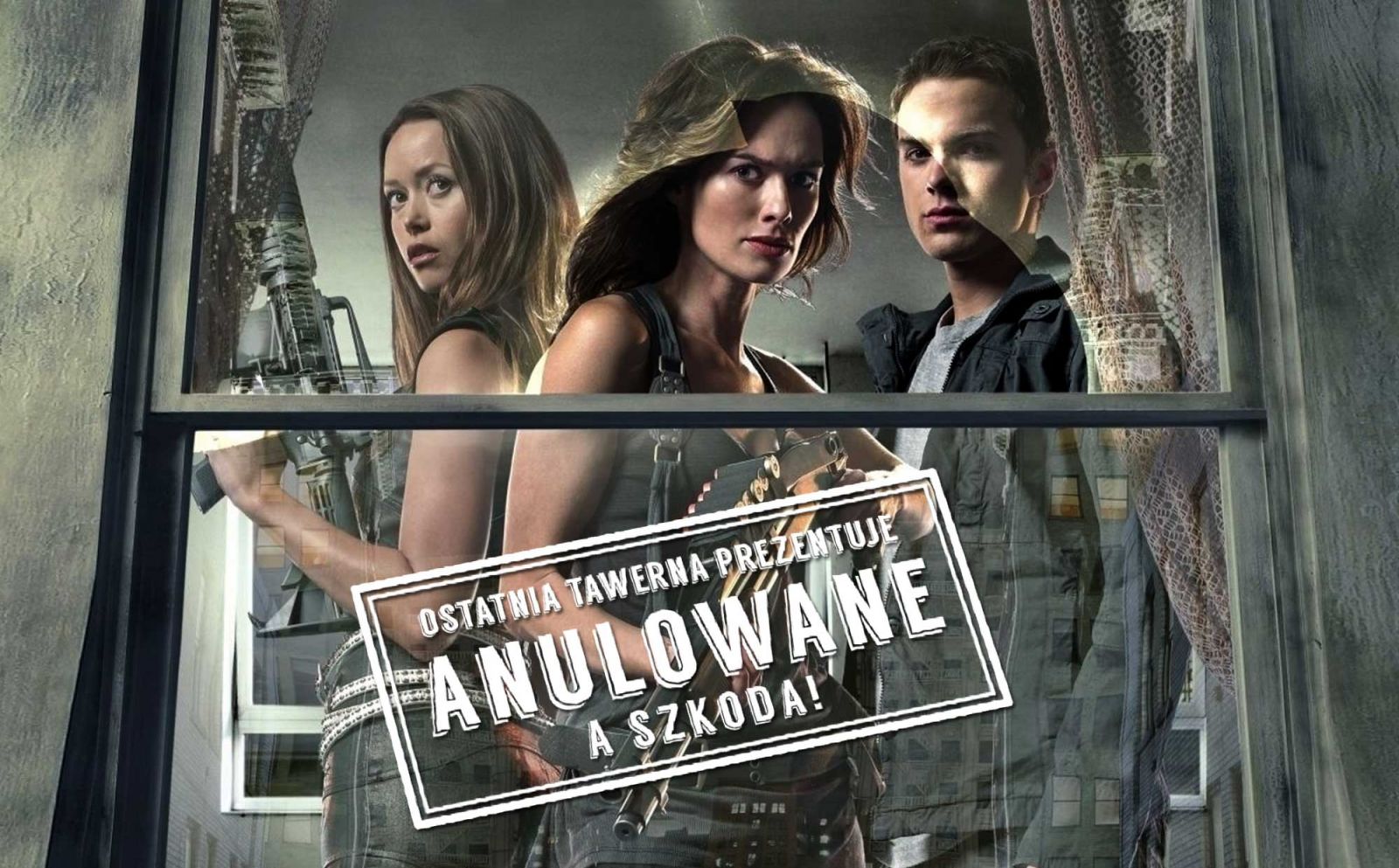 Terminator: The Sarah Connor Chronicles is a production prepared for FOX television, which screened it for two seasons (31 episodes) in 2008-2009. The series also appeared on our screens, first thanks to AXN, and in 2009 it was also bought by TVP. Unfortunately, due to poor viewership in the US, it was decided to abandon the shooting of the third series, which (as in many similar cases) ended up leaving fans with an amazing cliffhanger. 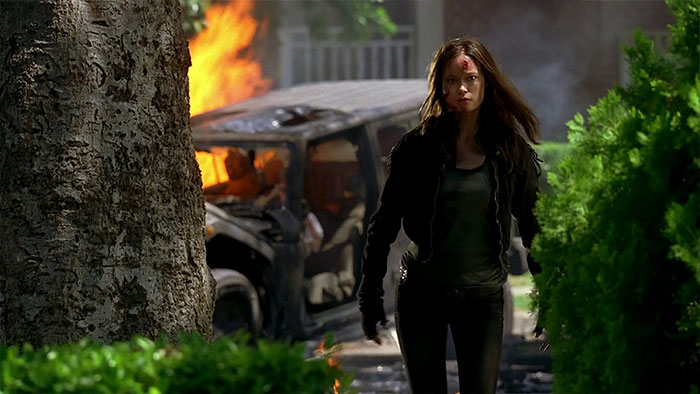 The action of the series begins after the events of Judgment Day , and is an alternative to Machine Revolt. On the screen we observe the adventures of Sara Connor known from the movie and her son, the future leader of the Resistance – John. The heroes run away from the police and the FBI when two Terminators appear on their way …

A jump in time

Another Terminator (this time in the form of a teenager around the age of young Connor) – Cameron, is sent to protect Sarah and John. The heroes, escaping by another electronic murderer sent by Skynet, move into the future until 2007. In subsequent episodes, John and Cameron go to school, and Sara tries to prevent Judgment Day again. Of course, the Terminator called Cromartie comes on their trail. 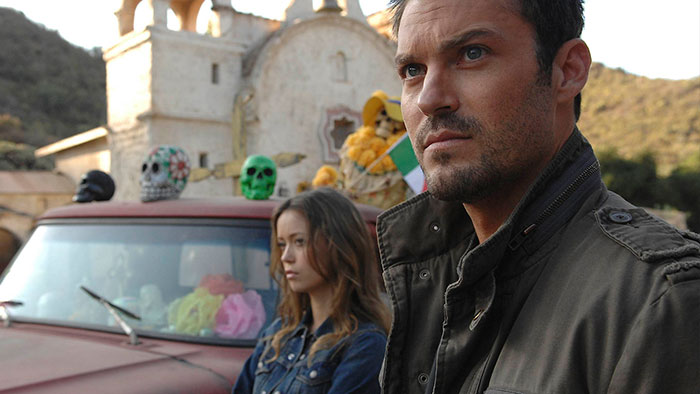 At the end of the first season, we meet Derek Reese (Kyle’s brother), who came from the future to stop the birth of Skynet (of course!). The finale of the second series leaves the viewer with many unresolved plots as John travels to the future, where he meets his father in a war with the machines, and Sara discovers a program created by another mechanical villain to help Connor.

Kroniki is a pretty solid series that fits well with the climate of Judgment Day . On the screen, we observe one of the favorite characters in the universe – Sarah, whose fate (except for the death mentioned in the Machine Revolt ) was unknown to us. The fictional concept of a journey into the future gave us a much greater opportunity to learn about her story, difficult relationship with her son and understand her motivations. 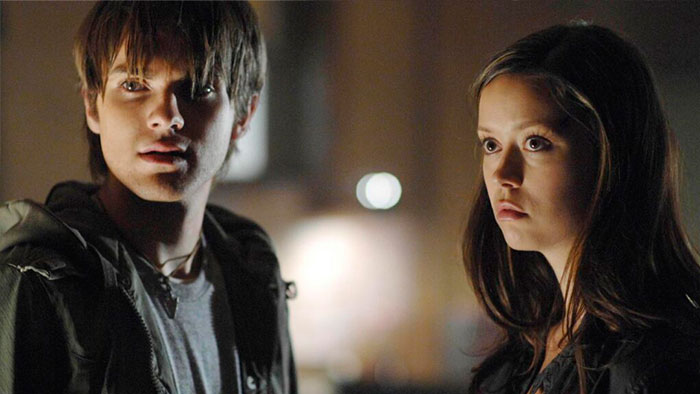 The introduction to the production of Cameron, John’s “peer”, turned out to be a very interesting procedure. This time we see the Terminator, who not only resembles a human, but must try to blend in with society, go to school and act like a teenager (a similar theme is seen in Genesis). The topic of the non-obvious relationship between the robot and Connor was also interesting. You can observe a mutual fascination between them, sometimes a bit of flirtation and jealousy, and above all a form of a specific feeling. Nevertheless, unfortunately, we will never know again how their fate could have turned out. It is worth paying attention to Summer Glau in the role of Cameron, perfectly showing both the mechanical / “artificial” aspect of her character’s nature, as well as her humanization. On the other hand, certain storylines question its alterations, which may just turn out to be a lie of the machine 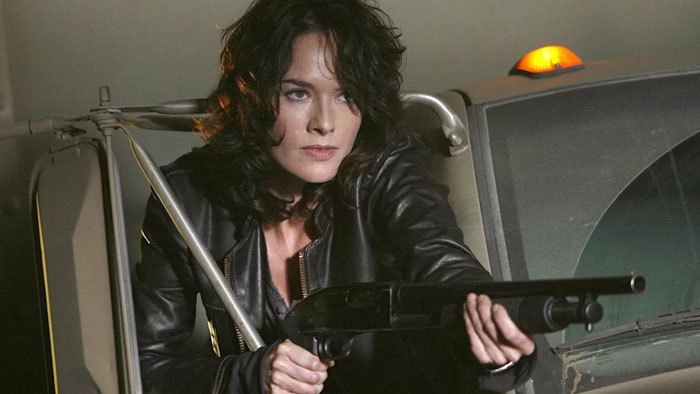 Lena Headey as Sarah Connor is also worth mentioning. The actress was accused of being too pretty for the role and of having no charisma equal to that of Linda Hamilton. The future star of Game of Thrones, however, has a much greater workshop, which allows her to show the complicated nature of this character.

The series also defends itself in terms of action scenes and special effects that do not differ from the movie predecessors, thanks to which you can admire a lot of shootings, crazy escapes and Terminator duels on the screen. Unfortunately, the writers’ problem is the lack of meaningful fictional ideas. The first season is really good, but the second clearly lacks a solid script that would allow the plot and characters to develop.

In May 2009, FOX announced that it had not ordered the third season of the Sarah Connor Chronicle . The reasons were the need to repurchase the rights to the series from WB, poor viewership and high production costs. It was also unofficially mentioned that television chose between the extension of Dollhouse and Terminator , but eventually the first production was selected (canceled a year later). The decision caused the fury of Kronik fans , who wrote mass letters to producers and created new petitions. 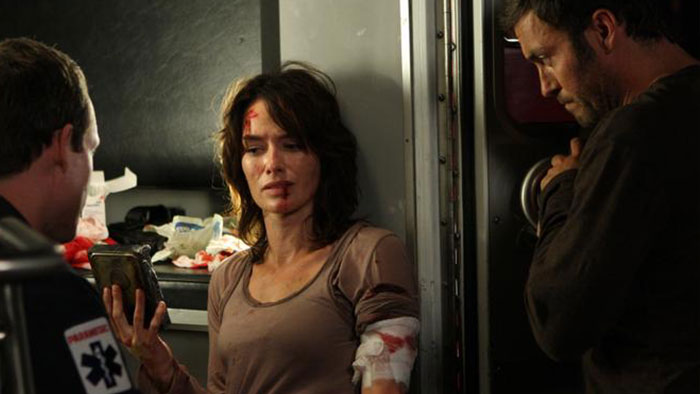 In September 2009, Thomas Decker (John Connor) poured some hope into the hearts of production fans, who announced that a continuation of the series directed directly to the DVD market would be created. Today we know that it never happened.

In 2013, fans encouraged by the success of Weronika Mars on Kickstarter tried to raise funds in a similar way for a film that continued the threads of the Chronicles , but Josh Friedman (the show’s executive producer) clearly stated that there was no chance of resurrecting the Terminator. 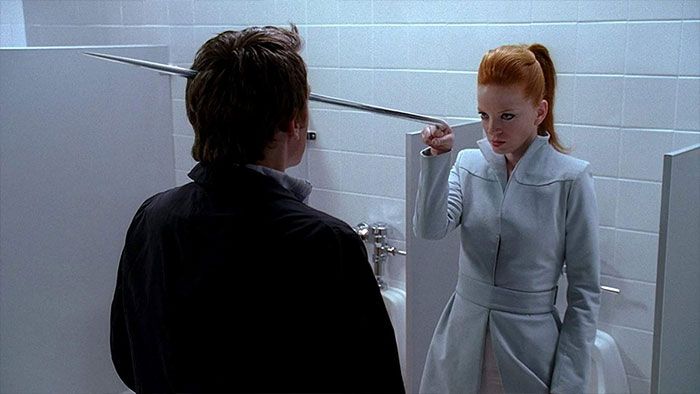 The Sarah Connor Chronicles is a pretty solid production with untapped potential, but deserving at least one more series. The creator of the music in the series – Bear McCreary – stated in one of the interviews that the third season was to be the best season so far. Unfortunately, we will probably never verify the composer’s words …

A workaholic who grew up in old movies with Bruce Willis, Arnold Schwarzenegger and Sylvester Stallon, however, he only fell in love with Star Wars and Doctor Who. He spends his free time at the cinema or at home, devouring subsequent series. His dream is to make a cameo appearance in The Walking Dead (as a zombie, of course).

The premiere of "Steel Rats. Fort 72 ”by Michał Gołkowski

What was the driving force behind Emma Popik's work?

06.03.2021
« Previous article
Another projects by the script writer "Loki" Next article »
Hailee Steinfeld breaks the silence about working on "Hawkeye"
Fun facts