The main - and at the same time - title character of the nineteenth-century gothic novel Dracula is a Transylvanian aristocrat. His name comes from a historical book in which a certain Vlad Drăculea (transl. Son of the Dragon, or Son of the Devil) aka the Impaler appeared. Abraham Stoker, the author of the novel Dracula , used elements of the biography of the Wallachian hospodar, and his name became a cult symbol.

The year 1897 was a breakthrough. Stoker’s novel helped to consolidate the image of an aristocratic vampire, despite the fact that it was not the first text about a bloodsucker in history. Such a hero appeared much earlier in the Romantic literature – John William Polidori (Lord Byron’s personal doctor, by the way) created Lord Ruthven as early as 1819! Dracula’s story, sensitive to author’s changes, was quickly reflected in the film. The following productions should be mentioned: Nosferatu – a horror symphony (1922, performed by Max Schreck), Dracula (1931, performed by Béla Lugosi), Dracula (1958, by Christopher Lee), Nosferatu vampire (1979, performed by Klaus Kinski) , Dracula (1992, performed by Gary Oldman), Van Helsing(2004, performed by Richard Roxburgh) or… animation Hotel Transylvania (2012, performed by Adam Sandler, Tomasz Borkowski). In Stoker’s novel and its subsequent interpretations easily perceive current, which is the Gothic fiction, known for such works as Wuthering Heights Emily Brontë or  Ogre Johann Wolfgang von Goethe. 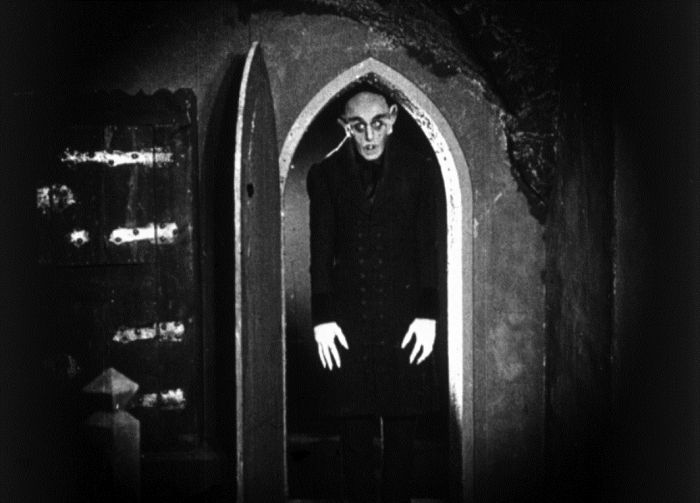 Still from the movie “Nosferatu – a symphony of horror”
Source: vistapointe.net

How does it look from the inside out?

We learn about Dracula’s story from many perspectives, which makes it timeless. In addition, the reader and the protagonist explore different lands – often dangerous. Their exhaustive descriptions appear on the pages of the novel. Transylvania is especially interesting, where Dracula’s crumbling castle is located (I recommend Jonathan Harker’s travel journal!). In DraculaThus, we observe a tendency towards Orientalism, or more precisely: Balkanism (Maria Todorova wrote more about this phenomenon). Over the years, many possible interpretations have emerged, resulting from the significant similarities between the literary bloodsucker and the 15th-century Vlad the Impaler, which have made the character of Dracula constantly arousing curiosity. Among the events that connect these two characters, researchers most often mention: military expeditions to Turkey and family kinship (brother-traitor). 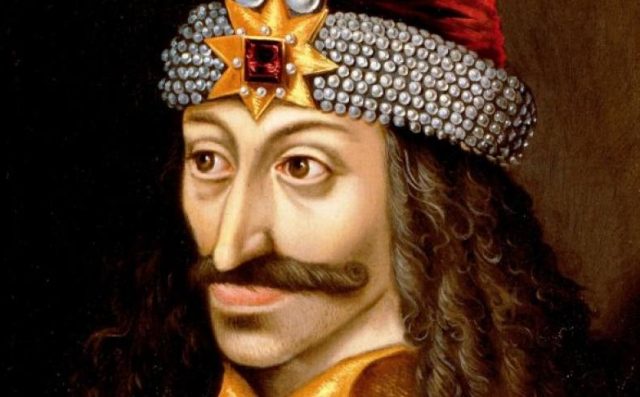 For those who don’t know who the Dacre Calder Stoker is… a quick introduction! The actor and director is the great-grandson of Abraham Stoker’s brother, the creator of Dracula . Dacre has undertaken several projects to uphold the copyright on the content of the book. Together with Ian Holt, he made a sequel to Dracula entitled Dracula the Un-dead (2009) and the documentary Dracula meets Stoker (2011). He also co-created the multi-author work Dracula in Visual Media: Film, Television, Comic Book and Electronic Game Appearances, 1921-2010 (2010). However, the director’s most anticipated work was the Dracula prequel , which he prepared with JD Barker ( The Fourth Monkey). The protagonist of the novel is Bram Stoker (sounds familiar?) And he self-proclaims to fight the unclean forces. The man wants to tell others about his experiences, so he starts writing everything down. He reveals to the reader the secrets of his illness, Aunt Ellen’s secrets, and unbelievable stories that he should never have known.

You will be able to read a review of the book Dracul soon at The Last Tavern! 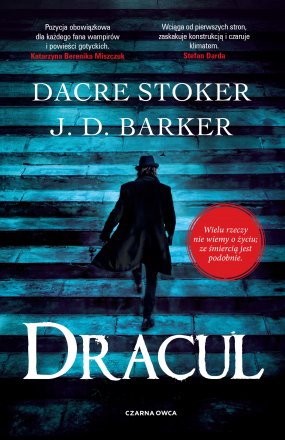 07.02.2021 0
« Previous article
Thue Rasmussen will not appear in "The Witcher" Next article »
Takeuchi Yūko, who played the role of Miss Sherlock, is dead
Fun facts