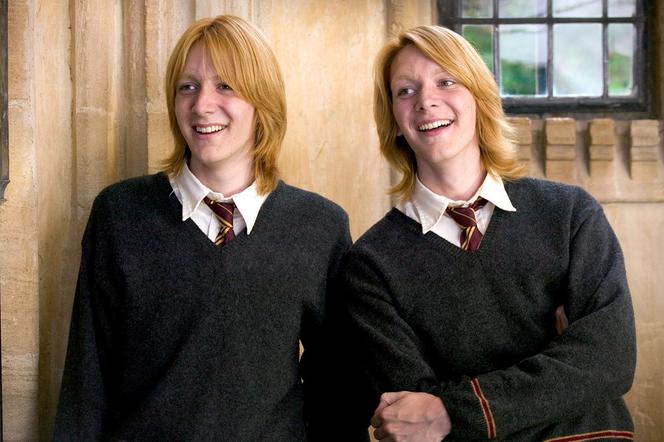 The date, which everyone associates with making fun of each other, is also the day when Fred and George Weasley were born for Harry Potter fans .

The twins were born on April 1, 1978. Fred was the first to be born – he was only 13 minutes ahead of his brother. They were pure-blood wizards, but in environments hostile to Muggles, Weasleys were referred to as blood traitors because of their sympathy for non-magical people. They had three older brothers, Bill, Charlie, and Percy, as well as two younger siblings, Ron and Ginny.

They were known among the family as two bachelors who constantly invented new ways to get into trouble. Although they did not have the best grades in school, they could not be denied cleverness and entrepreneurship. To their parents’ dismay, in their seventh year at Hogwarts, they abandoned their plans to graduate and opened a store on Diagon Alley – Weasley’s Magic Jokes.

At the age of 17, following in the footsteps of their parents, both officially joined the Order of the Phoenix, despite the fact that they were involved in its activities from the beginning. They joined a dangerous war with Lord Voldemort, whose strength grew with each passing day. As a result, George was seriously injured and lost one ear, and Fred sacrificed his own life to defend Hogwarts.

The brothers, although they surrounded each other with a wide circle of friends all their lives, were the closest people and business partners to each other. They spent every moment together experimenting and planning new jokes. No one was surprised that the sound of an explosion came from their room every now and then, and they were losing huge amounts of points to their house for their jokes. All the happiest memories were of the moments spent with Fred, so after his death, George was never able to conjure a patronus again.

Urgent student of the University of Warsaw, in love with fantasy almost from the cradle. From the very beginning I was attracted to the world of magic, dragons and princesses trapped in towers. A fan of literature and RPGs, aspiring to publish her own fantasy novel. Despite the huge role that fantasy plays in my life, I'm also interested in more "down-to-earth" things: social activities, fashion, nursing, history of the British monarchy and even a little sport!

Why should we appreciate Ron Weasley?

New cast in the series "The Witcher" revealed!