By an interesting coincidence, Jessica Hausner's English-language debut fits well into the reality landscape of Anno Domini 2020, in which the paranoid fear of an invisible threat is hidden under a protective mask.

The main character, and at the same time the direct cause of the events, is Alice Woodard (Emily Beechum), a young biotechnologist working in a botanical laboratory specializing in creating and cultivating new plant species. It is there that she manages to grow a genetically modified flower, the smell of which has a positive effect on the mood of people around it. She calls him – in honor of his beloved son – Little Joe. Contrary to the regulations in force at the facility, the woman takes one of the seedlings home. It soon turns out that the apparently beneficial properties of the new strain are accompanied by unexpected side effects. The experiment itself is getting out of hand … 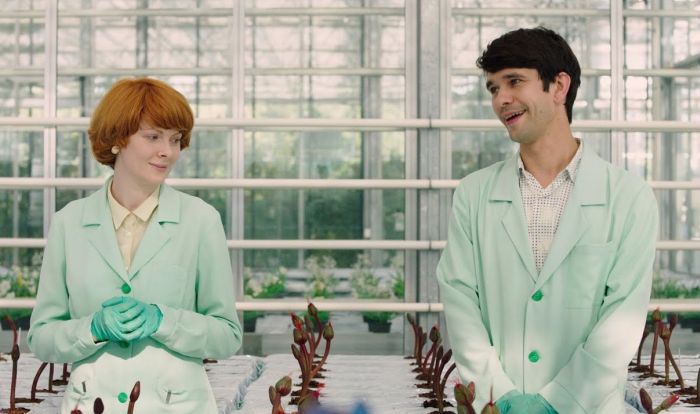 They are just undiagnosed

The desire to find a cure for all diseases and ailments has accompanied mankind since the dawn of civilization. This dream, moreover, remains alive also in the 21st century, as evidenced by the unflagging popularity of various supplements, natural therapies or the latest invention of modern quackery – adaptogens (about which the writer learned these words quite recently, browsing the contents of the “spam” folder in her e-mail box) . If he existed, Little Joe would be the culmination of centuries of searching for various types of alchemists, homeopaths and herbalists, although in the narrative proposed by the Austrian director he is much closer to Huxley’s soma than a real panacea. It is also impossible to measure the effectiveness of the miracle flower – the behavior of people, that have had contact with it only slightly differs from the current one. The range of feelings and emotions they show is rather sparing, so that it is impossible to distinguish a potentially “infected” person from a completely healthy person. From the very beginning, we observe the heroes functioning mechanically, as if on autopilot, filling the mental and interpersonal space with a cool distance. Alice herself, although she is not able to convincingly prove her hypothesis, also has some problems with the recognition of disturbing symptoms. The viewers have a much easier task, as their unusual behavior is emphasized by the penetrating, even irritating compositions of the late Teiji Ito (a permanent associate of Maya Deren, the precursor of the American film avant-garde). In this way, the author seems to be asking about the mental condition of contemporary societies, stoned both with psychotropic drugs and the high of the coaching myth of perpetual happiness. Authentic emotions and feelings are replaced with their synthetic equivalents, which in fact, in prose and flowing Facebook, is a topic definitely “on time”. 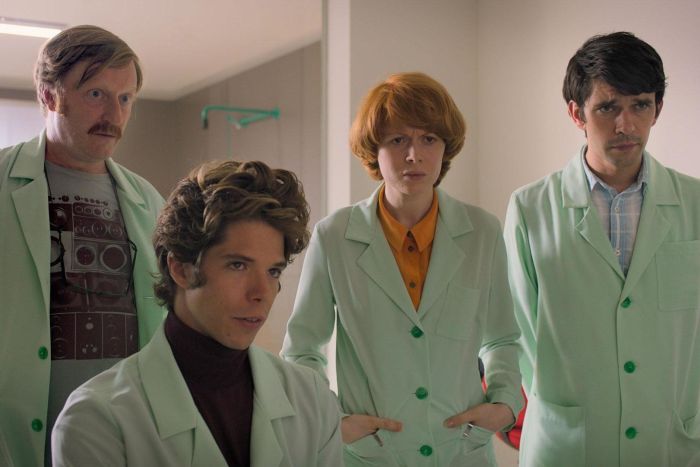 And no one is allowed to laugh about it

It is impossible not to notice a certain chuckle of fate, thanks to which the props, probably emphasizing the idiosyncratic sterility and sterility of the main character’s life – protective masks, closed spaces restricted by strict sanitary regime – were already a permanent element of the landscape of pandemic everyday life on the day of the Polish premiere. Suspicious glances from a veiled face, reluctant contacts and social distance instead of deviating from the norm seem to constitute the new normality. And although the Flower of happinessit is difficult to cram any of the film genres into the strict framework, it seems to be a film tailored to the needs of this year. The clichés and tactics typical of horror are replaced by a constant atmosphere of anxiety and sensory discomfort. Carefully composed frames present aesthetic, symmetrical interiors, as tasteful as they are simply aseptic.

Martin Gschlacht’s pictures marked with pedantism, combined with the soundtrack of the aforementioned Ito and sparing, at times mechanical acting, create an intriguing, though not entirely fulfilled whole. Above all, the deadly serious, even apocalyptic tone of the narrative is not convincing. The topics undertaken by Hausner deserve focus and consideration, but the story he tells is still about … a cunning plant that takes control over people. Cognitive dissonance? Absolutely in place.

We would like to thank the Cinema City chain for the opportunity to watch the movie A Flower of Happiness !

Pandemic unrest dressed in saturated neon lights. An audiovisual gem that does not quite keep up with the plot.

I dreamed today that I am a mountain lion ... - review of the book "Devil's Tears"

In Mass Effect: Legendary Edition, we will not see the controversial photo of Tali

What makes a person unique? - Review of Kazuo Ishiguro's Clara and the Sun e-book

Marcin Masłowski's "Oracle of the Middle" is now on sale!

Here comes the "Oracle of the Middle", a continuation of the series "Children of Pure Blood"

The usual and unusual superhero problems - review of the book "Spider-Man: Miles Morales - Wings of Fury"

Catch them all! - review of the comic book "Cardcaptor Sakura" vol. 1-3 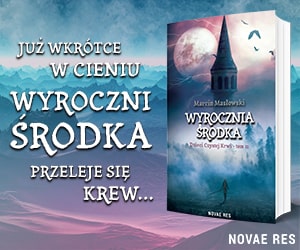